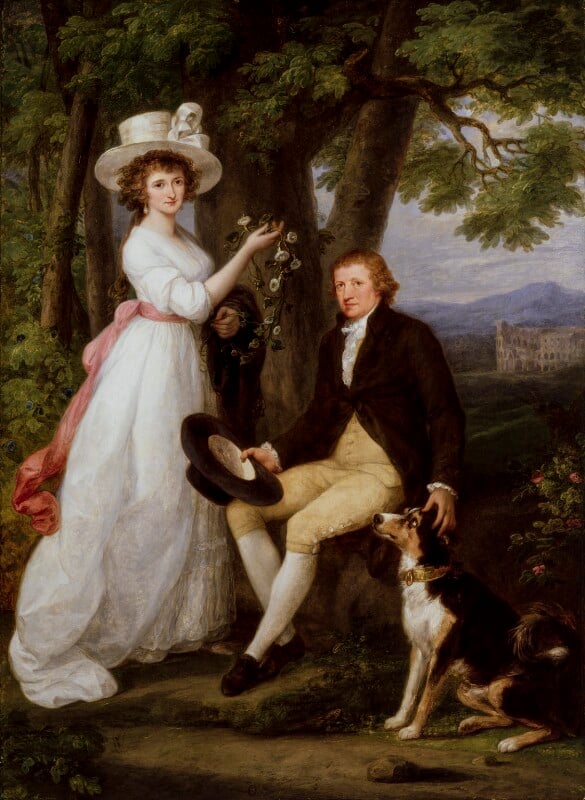 Noted by the artist in her memorandum of paintings [1] as:

Seated in a landscape outside Rome with a distant view of the Colosseum, Jenkins has blue-grey eyes, fair reddish hair; he wears a black coat and hat, a yellow waistcoat and breeches, with white stockings and black shoes. His niece, Anna Maria, stands by him; she has brown eyes, brown hair, and wears a white hat, a white dress with a pink waist band and white slippers; she holds a bunch of white convolvulus.