2 of 50 portraits of Samuel Johnson 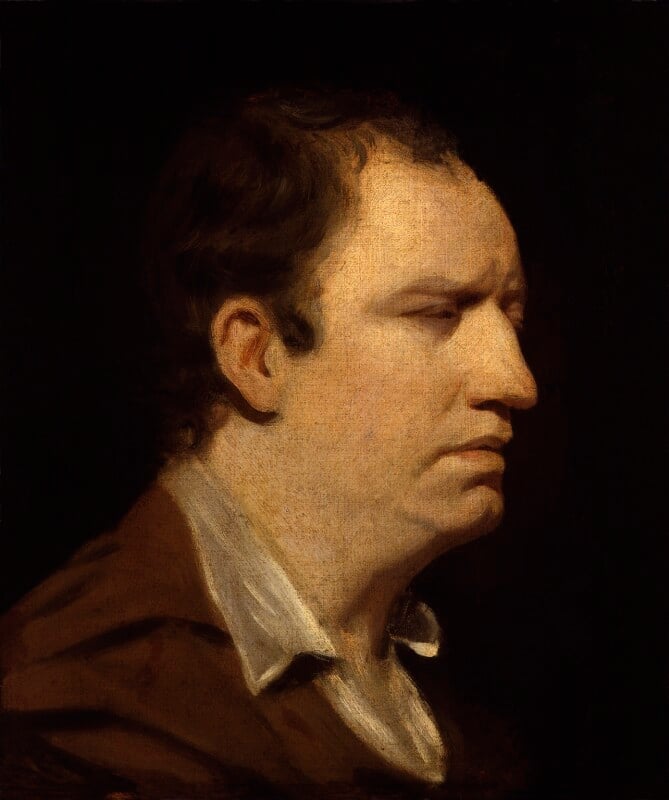 A reduced and indifferent mid-19th-century copy from the Reynolds in a private collection completed in 1769 and known as the ‘Johnson Arguing’ portrait. [1] It illustrates Johnson’s mental concentration; Reynolds himself wrote how, when Johnson was excluded from conversation, ‘he remained but a few moments without speaking or listening. His mind appeared to be preying on itself; he fell into a reverie accompanied with strange antic gesticulations’. [2]
A studio version, painted before 1771 for Lucy Porter, Johnson's step-daughter, is in the Houghton Library, Harvard, and a copy in the Tate Gallery (N 4506). [3] A copy in crayon by Ozias Humphry was etched by Mrs Dawson Turner c.1825, [4] and Boswell listed ‘a beautiful miniature in enamel' by Humphry from the Knole portrait. [5] An unattributed miniature copy is in the collection of the Duke of Buccleuch. [6]

1 Who wrote, 5 July 1906: ‘I have it from the collection of the late Sir Henry Ellis, [chief librarian] of the British Museum’ (NPG archive).