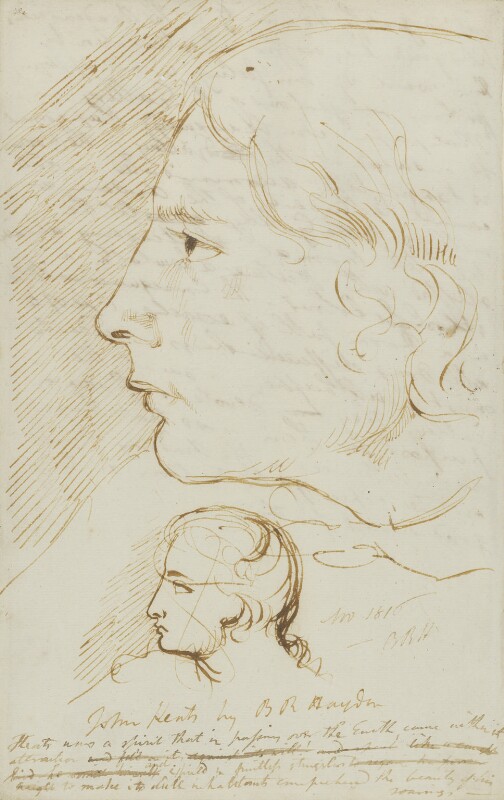 Signed and dated: Nov 1816/BRH and inscribed in Haydon's hand, with several erasures: Keats was a spirit that in passing over the Earth came within its attraction and expired in fruitless struggles to make its dull inhabitants comprehend the beauty of his soarings—; it is numbered top left 48a.

The drawing is on the back of a page from November 1816 (numbered 12) of Haydon's Diary about overcrowding at the Royal Academy. It was one of two pages torn out by Haydon's son, Frederick Wordsworth Haydon, and acquired from him by Harry Buxton Forman, the editor of Keats's and Shelley's Works. A small profile of Keats is between two pillars on the other page. Haydon used Keats's head, together with those of Newton, Voltaire and Wordsworth, among the crowd of spectators in 'Christ's Entry into Jerusalem', now in St Gregory's Seminary in Cincinnati, Ohio (Diary of B. R. Haydon, ed. Willard Pope, II, p 73).