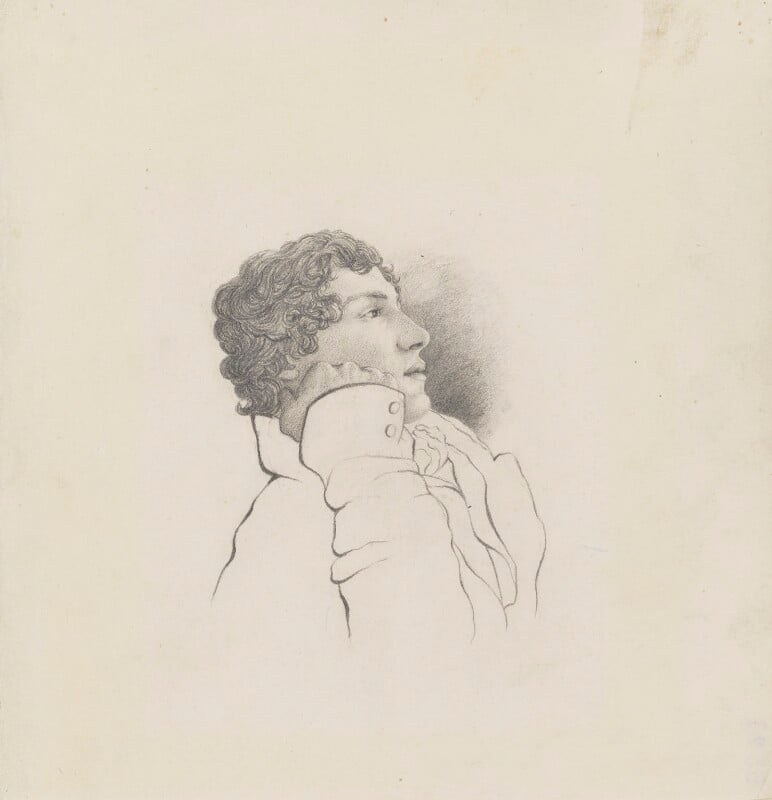 The origin of this drawing was given in a letter from Miss Mona Brown of Auckland NZ to Keats's biographer Sidney Colvin: 'It was drawn by my grandfather Charles Brown when he and Keats were in the Isle of Wight in 1819 … Keats and my grandfather were out sketching together; when they came in Keats was a little tired and he half reclined on a couch or easy chair. My grandfather opened his portfolio and made this copy [used in the old sense of 'portrait']. He was pleased with the result and kept it. Then it passed to my father and after his death my mother gave it to me' (quoted in a letter from Colvin to the NPG 26 July 1922 (in NPG archive) and published in The Observer, 24 September 1922; see Donald Parson, Portraits of Keats, 1954, pp 107-10). The drawing had been located in Auckland by Hector Bolitho searching New Zealand at the time of the Keats centenary in 1921 (see Bolitho & Mulgan, The Emigrants, 1939, chap. 1). It was followed up by Colvin who had little difficulty in persuading Miss Brown to present it to the NPG. The drawing is considered by both Parson (Donald Parson, Portraits of Keats, 1954, p 107) and Bate (W. J. Bate, John Keats, 1964, pp 112 and 563) to be the best portrait of Keats we have.

Head and shoulders nearly in profile to right, head resting on fist.

The artist and given to the NPG by his granddaughter Mona M. Brown 1922.