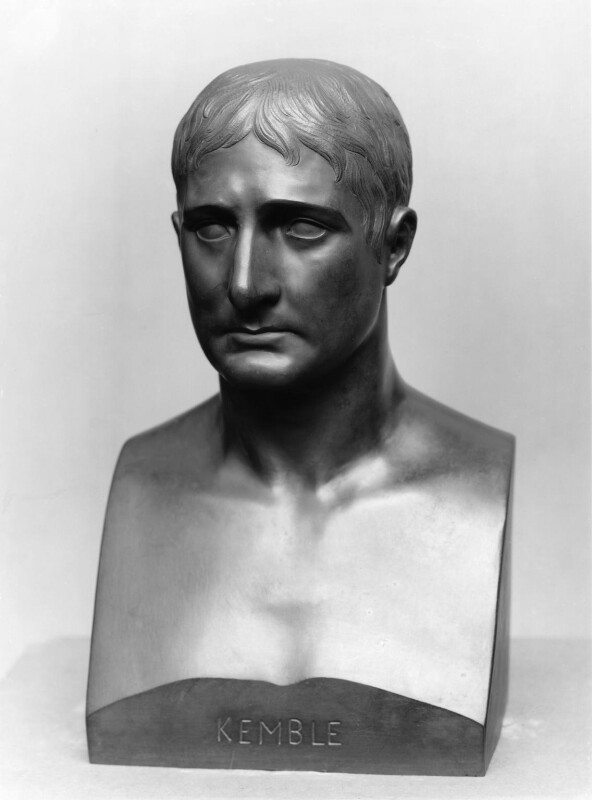 Incised: KEMBLE in front and on his right side: I GIBSON Ft/ LIVERPOOL/1814.

Gibson's letter to Scharf, written from Eastlake's house 30 June 1862, says '... It is the only bust modelled of John Kemble - he sat to me at Liverpool when I was very young' (NPG archive. A larger version in plaster, head and shoulders in costume as 'Cato' or 'Coriolanus', is in Sir John Soane's Museum; a pencil profile to left in classical dress, signed: John Gibson, is in the British Museum (Laurence Binyon, Catalogue of Drawings by British Artists … in the British Museum, II, p 216). Flaxman appears to have used this work as a basis for the statue in Westminster Abbey.