1 of 3 portraits by Ralph Earl 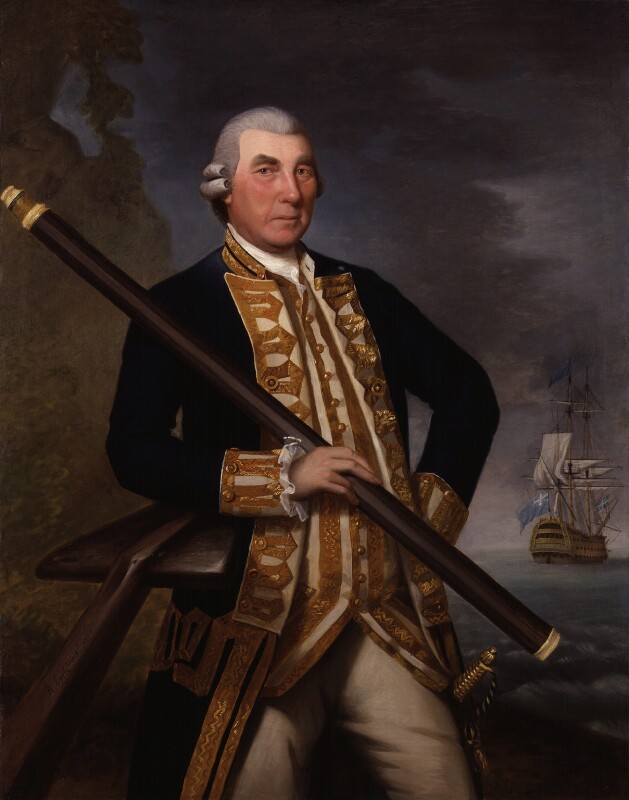 Although dated 1783, after Kempenfelt’s death, the head is vigorously painted, suggesting it was painted from the life, i.e. before April 1782 when Kempenfelt departed for Spithead on his last voyage. It has been observed that the likelihood of an American artist being commissioned to paint a portrait of a deceased English hero is remote, but if he had already painted the head he would undoubtedly have received commissions. [1] The rest of the composition, imitating Gainsborough’s portrait of the 3rd Earl of Bristol and displaying a carefully-described uniform, is more pedestrian. The distant three-decker appears to derive from the mezzotint by Richard Earlom (published on 22 October 1782 after Kettle’s whole-length portrait), identified as the Royal George.

Grey eyes, grey powdered buckle-wig, wearing the full-dress uniform of a flag officer: dark-blue coat with gold facings, white waistcoat with gold trim and white breeches; holding a wooden telescope in his right hand, resting his elbow on an anchor; the distant three-decker, resembling the Royal George, flies a plain blue flag on the main mast1 and blue flags quartered with a white cross fore and aft.