1 of 7 portraits of (John) Joshua Kirby 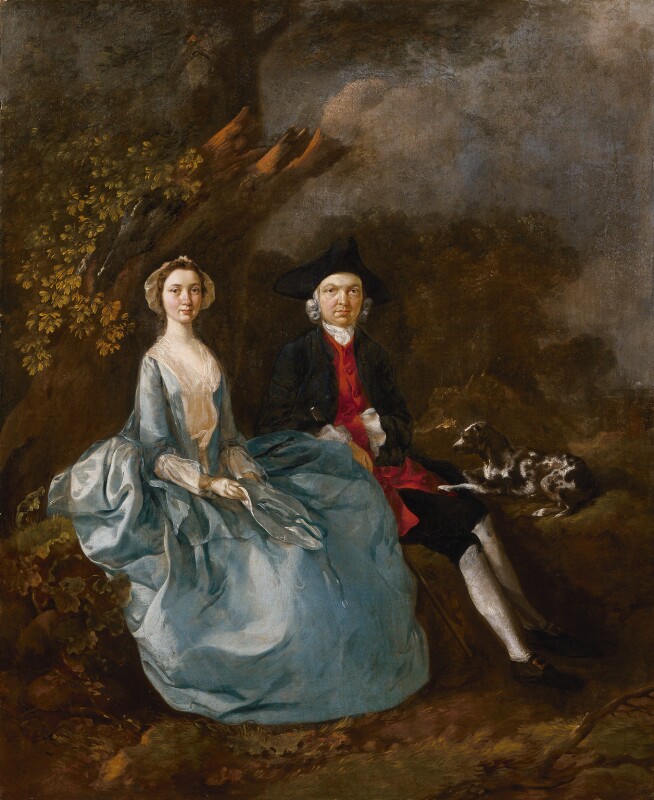 A label of the 'Bicentenary Memorial Exhibition of Thomas Gainsborough', Ipswich, 1927, removed to the picture dossier.

Neither the date of NPG 1421 nor that of the sitter's marriage is available. Kirby's daughter Sarah was born in 1741. Although the pose can be paralleled in a drawing of a seated youth dated by Hayes to the mid 40s, [1] the fluent handling of NPG 1421 points rather to the early 50s. Gainsborough came to know the Kirbys only when he moved to Ipswich. [2] He had apparently settled there by June 1752, [3] having first returned to Sudbury after the death of his father on the 29 October 1748. A stylistic point that seems so far to have escaped attention is the closeness in design and handling between NPG 1421 and Gainsborough's self-portrait with his wife and daughter in the Cholmondeley collection, [4] usually dated c.1751-52. The composition is almost a mirror of NPG 1421 and the manner of painting the panels of the ladies' skirts almost identical; both may therefore have been painted at about the same time.

Slightly worn; the blue of Kirby's coat may have faded; slight pentimenti along his left arm, and in the dog's head; discoloured varnish and paints partially removed, 1956; the raised left wing of Mrs Kirby's skirt, painted over his coat, may be an alteration in design.

Bought, 1905, from Shepherd Brothers, King Street; presumably painted for the sitter and descended through his grandson, last surviving child of his daughter Sarah, the Rev. Henry Scott Trimmer, Vicar of Heston (d. 1859); at Christie's, 17 March 1860, lot 40, [1] sale of his property, bought in (?) though, in the National Gallery copy of the catalogue, the purchaser is given as the dealer Waters and the sum paid £13.10s; Christie's, 14 March 1903, lot 119, anonymous property (i.e. Trimmer); [2] National Gallery catalogue notes the name Garland as purchaser and the sum paid £42.0s 0d.