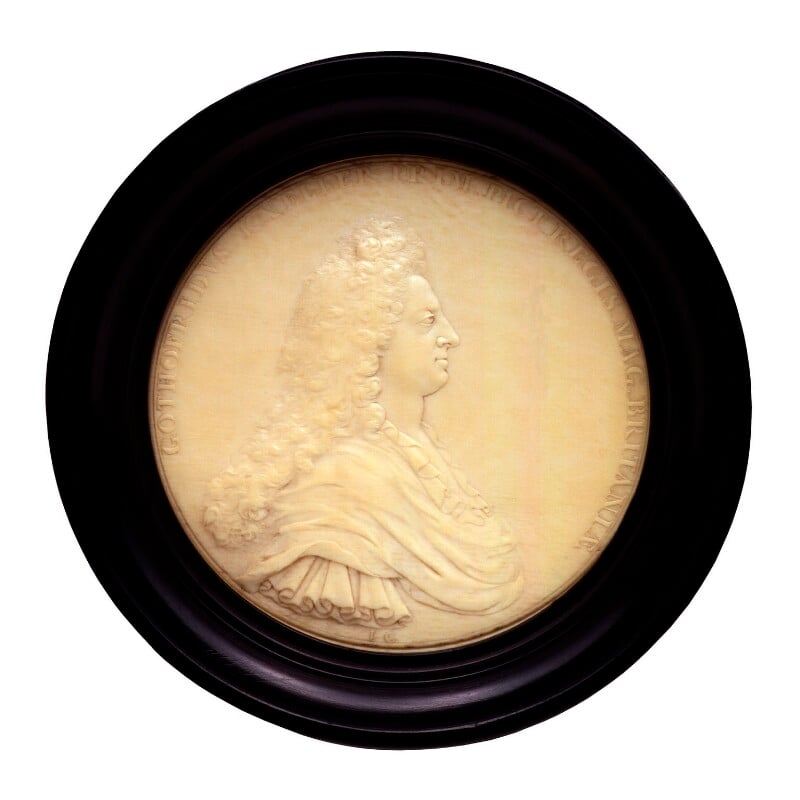 The inscription makes no mention of Kneller’s knighthood in March 1692 which makes Forrer’s attribution to John Croker (who only arrived in England late in 1691) unlikely. Piper compared NPG 1740 with Cavalier’s medallion of William III and pointed out that the King was sitting to both Cavalier and Kneller on 17 March 1690; [1] Cavalier’s permit to leave England is dated 11 December that year; [2] Stewart accepted the attribution to Cavalier.