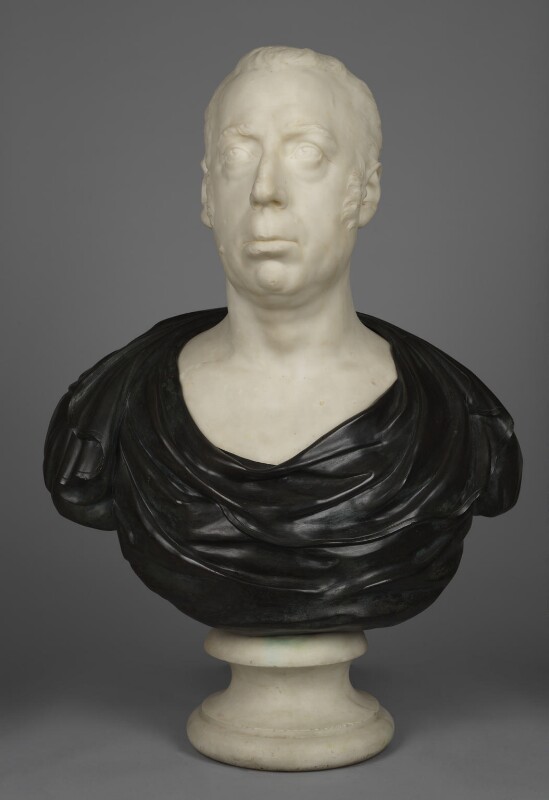 An earlier variant of this bust in the British Museum, consisting of the head only without the bronze drapery, incised: J Bacon, Junr. 1812, was exhibited RA 1812 and 'British Portraits', RA, 1956-7 (398); it was bequeathed to the British Museum as part of Knight's magnificent collection of bronzes, coins, gems and drawings, reproduced Michael Clarke & Nicholas Penny, The Arrogant Connoisseur, 1982, 64.

'British Portrait Sculpture during the Neo-Classic Period', Cyril Humphris, 1972 (9) lent by the NPG.

Stipple by Thomson for The European Magazine, 1 August 1824.