1 of 11 portraits of Charles Lamb 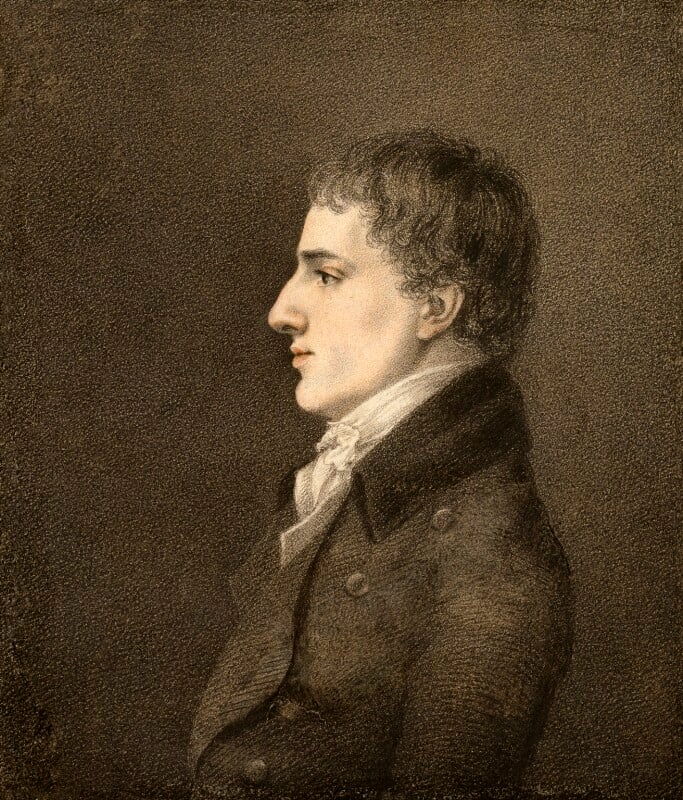 Inscribed in ink on back: Charles Lamb/by Hancock 1798, probably in Cottle's writing.

Cottle wrote 'This portrait of Charles Lamb by Hancock was a masterly likeness. Mr Coleridge often used to look at this image of his old friend and school-fellow, and express his warmest approbration of its accuracy'. The drawing was seen by Southey in 1836: 'Cottle has a good likeness of Lamb in chalk, taken by an artist named Robert Hancock about the year 1798. It looks older than Lamb did at that time, but he was old-looking' (C. C. Southey, Life of Southey, 1849-50, VI, p 287).

Commissioned by Joseph Cottle; inherited by his niece who sold it at Sotheby's in 1864; Messrs Fawcett & Noseda c.1865; Lieutenant-Colonel Francis Cunningham and his sale Sotheby's 10 May 1876 (548), bought W. W. De la Rue who sold it, together with similar portraits of Coleridge, Southey and Wordsworth, to the NPG in 1877.