3 of 11 portraits of Charles Lamb 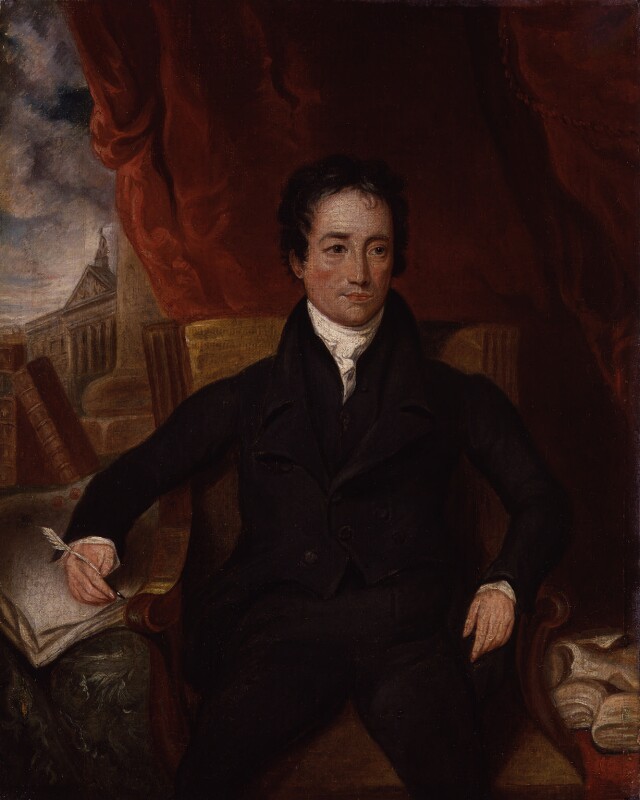 The picture is a replica, probably by Meyer himself; of his large oil in the Foreign & Commonwealth Office (formerly India Office). Crabb Robinson records on 26 May 1826 calling ‘on Meyer of Red Lion Square, where Lamb was sitting for his portrait. A strong likeness but it gives him the air of a thinking man and is more like the framer of a system of Philosophy than the genial and gay author of The Essays of Elia.' Meyer exhibited it at the Society of British Artists as no.279 'Portrait of a Gentleman' which caused an outburst from Leigh Hunt who ran it down as 'the least unsatisfactory' of the many portraits of Lamb he had seen and 'one of those amiable nonentities' (Lord Byron and Some of his Contemporaries). The original India Office portrait (W. Foster, Catalogue, 1924, no.107) belonged to Lamb's friend and biographer, Sir Thomas Talfourd, and was bought from a sale of his effects at Foster's 12 June 1902 (1). Another small copy, belonging to Sir Charles Dilke, was brought to the NPG for comparison in 1902.

(Of the original)
Stipple by Henry Meyer 1828 for Leigh Hunt's Lord Byron and Some of his Contemporaries, 1828; lithograph by Vinter in Barry Cornwall, Memoir of Charles Lamb, 1869, p 192.