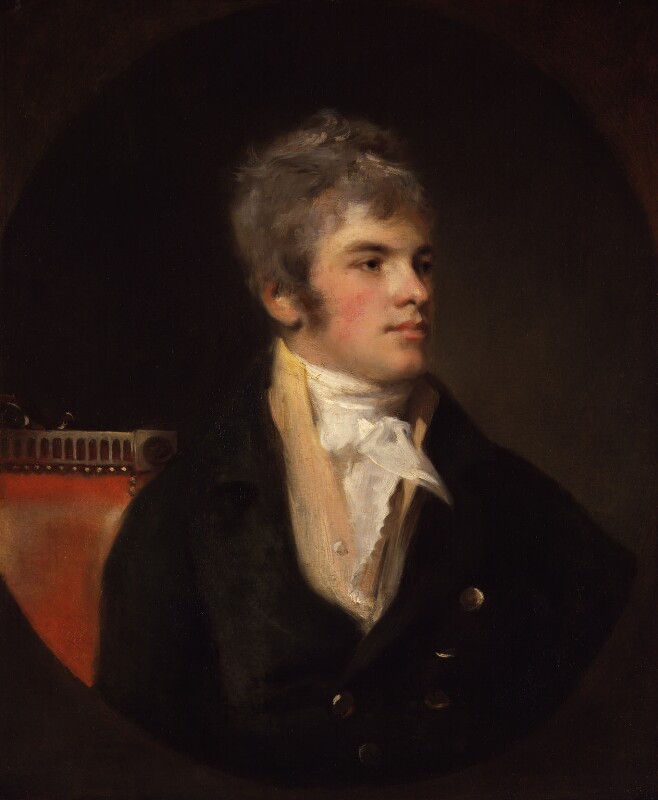 A drawing by Henry Bone after this portrait, 'Bone Drawings' (NPG archives), I, 93, is dated 7 January 1806, so the portrait itself presumably dates from 1805 or earlier. Bone's drawing was presumably a study for one of his enamel miniatures (no examples located). NPG 178 was engraved by C. Turner, published R. Cribb, 1806 (example in NPG), and by J. Hopwood, published 1806 (example in NPG), for the Universal Magazine. Grillion (the vendor) was the proprietor of the Clarendon Hotel, and Grillions Club met on his premises. Lansdowne was not a member, and it is not known how Grillion came into possession of the portrait.

Fresh complexion, brown eyes, grey and brown hair. Dressed in a white stock, white shirt, yellow waistcoat, and dark green coat with gilt buttons. Seated in a red chair of which only the back is visible. Background colour dark greenish-brown.

Charles Grillion, purchased from him, 1864.