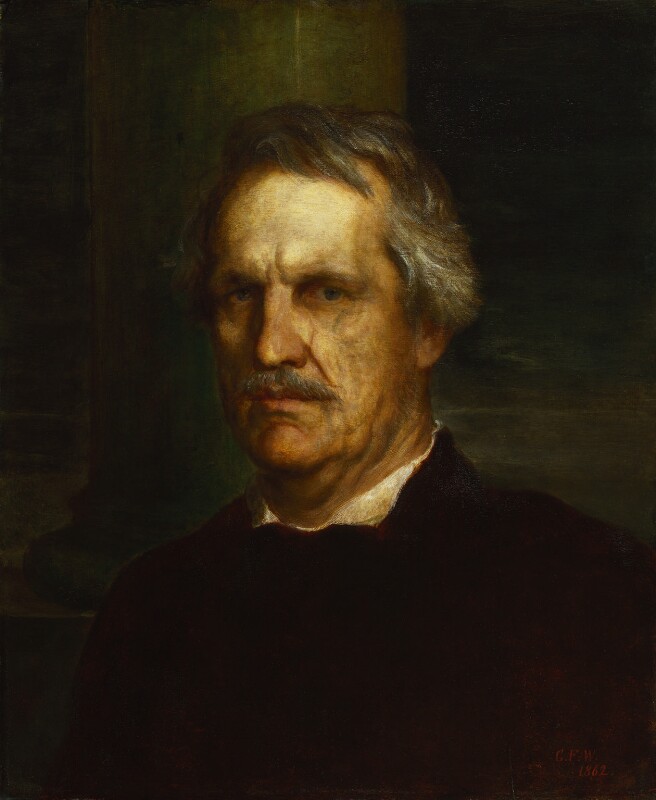 There are three replicas of this portrait; one in the collection of David Loshak; another in the collection of Mrs M. Chapman, dated 1879, exhibited The Works of G. F. Watts, Winter Exhibition, New Gallery, 1896-7; and the third at Calcutta. Watts used the NPG portrait for the face of the Earl of Salisbury in the fresco, 'Justice, a Hemicycle of Lawgivers', in the New Hall of Lincoln's Inn (1853-9). A copy by W. M. Loudan is in the East India and Sports Club, London.