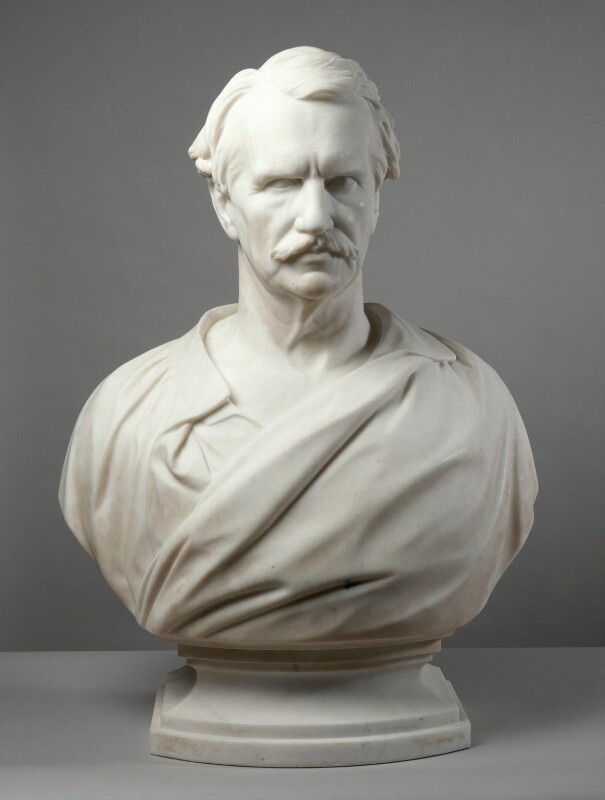 Incised at the side of the base: T WOOLNER SC/LONDON 1882

According to Amy Woolner, Thomas Woolner: his Life in Letters (1917), p 289, Woolner modelled two busts of Lawrence, shortly after the latter's return from India in 1871. The first of these was classical in style, and was cast in bronze (example in Commonwealth Relations Office, London). The second, more baroque bust was carved in marble for Lawrence's memorial in Westminster Abbey of 1881. The NPG bust is a replica of the latter, commissioned by the donor. Woolner also executed a bronze statue of Lawrence in 1875.