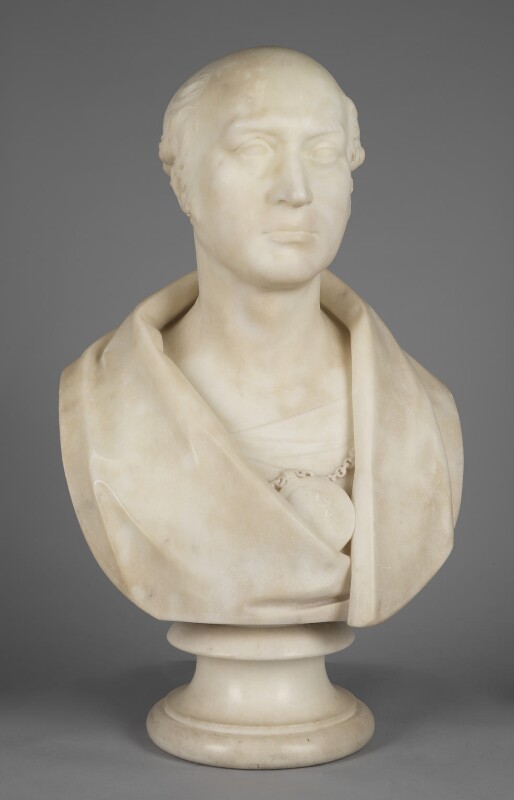 Lawrence died in January 1830. There is no record of his having sat for Baily and it may be that the bust was a rush job made in time for the RA exhibition that year and concocted from a combination of the death-mask (NPG 1634) and a life-mask taken from Lawrence's face at the age of 34 (see All Known Portraits 1803). Two other copies exist, in the Bristol City Art Gallery and in a London private collection, both signed and dated 1830. Baily's bust was used as a model for medallions by Parker and Clint) and for the medal by Adams issued by the Art-Union in 1860 (copy in NPG Reference Collection). The medal Lawrence wears on a chain in Baily's bust is not the Royal Academy Medal which bears the profile of George IV to left. It could be the special medal mentioned by Cosmo Monkhouse in the Dictionary of National Biography article on Lawrence: 'The King, in giving his sanction to the election, presented Lawrence with a gold chain and a medal of himself, inscribed From His Majesty George IV to the President of the Royal Academy.'

Head and shoulders wearing cloak and medal on chain.