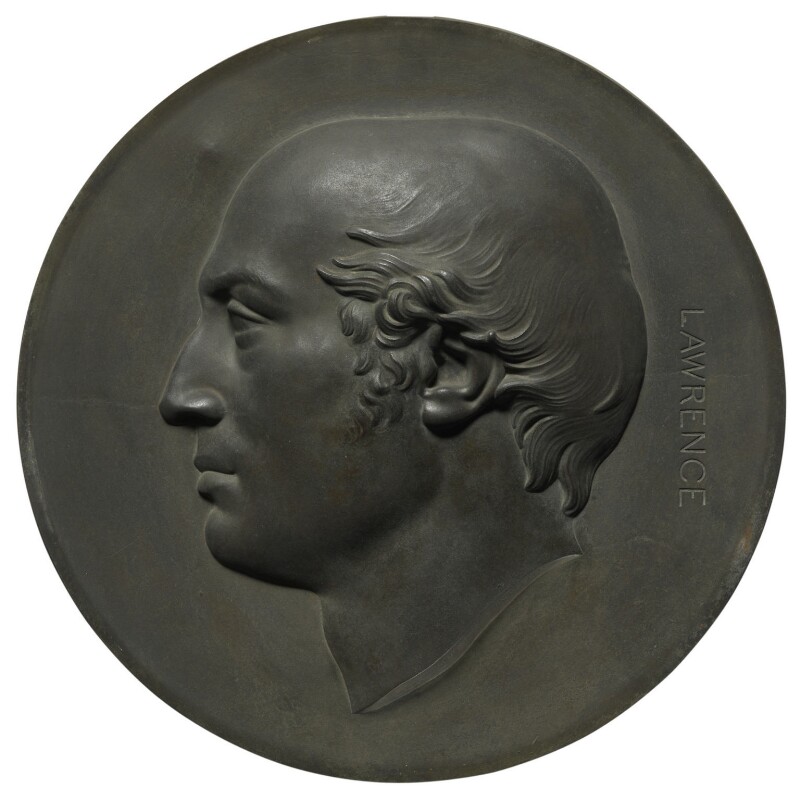 Incised: LAWRENCE behind the head and in small capitals on truncation: E H BAILY R A SCULPSt S PARKER FECt

The profile is a faithful copy from Baily's bust (NPG 239) and was used by Clint for the medal (NPG 4278). Parker also made a bronze bust of Lawrence shown at the Great Exhibition 1851 and 'made in London from a model produced at great cost and afterwards destroyed' Rupert Gunnis, Dictionary of British Sculptors 1660-1851, 1953, p 291). Parker was also a publisher and the medallion was part of a scheme called 'Parker's Series of Medals of Great Men of the Present Age' which never materialised though others in the series were the Prince Regent, Wellington and Flaxman.

Probably RA 1830 (1234) 'Medallion in bronze of the late Sir Thomas Lawrence, from which a small medal has been published'.