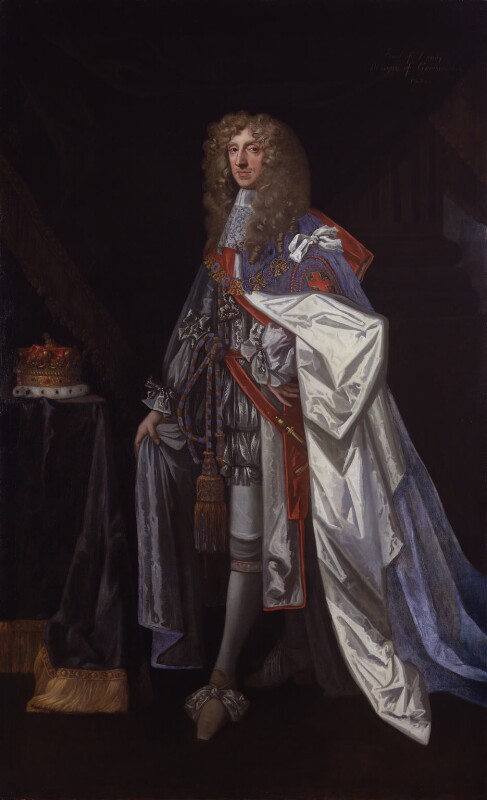 The composition uses a standard Lely design for Garter knights, [1] and the head is taken from that of Lely’s slightly earlier portrait. The execution, however, is not Lely’s and NPG 1472 may conceivably have been the whole-length left in Lely’s studio completed by Sonnius. [2]
There were three three-quarter length copies of Lely’s Earl of Danby in Lely’s posthumous sale, [3] but there are two known Lely patterns.

Lined; the original turn-over edges have been unfolded and overpainted; the blue of the gown is much faded; partially cleaned 1992.

1 Listed at Duff House 1796 (Sir William Musgrave, MS lists of portraits, British Museum, Add. MS 6392, f.40, no.121 as by Kneller).
2 The sale described as being part of ‘a very large Collection which was made by James, Earl of Fife [2nd Earl of Fife, 1729-1809], towards the end of the Eighteenth Century, and ... placed in Duff House, where they have remained ever since.’ The sale was occasioned by the presentation of Duff House to the borough of Banff by the 1st Duke of Fife in 1906.