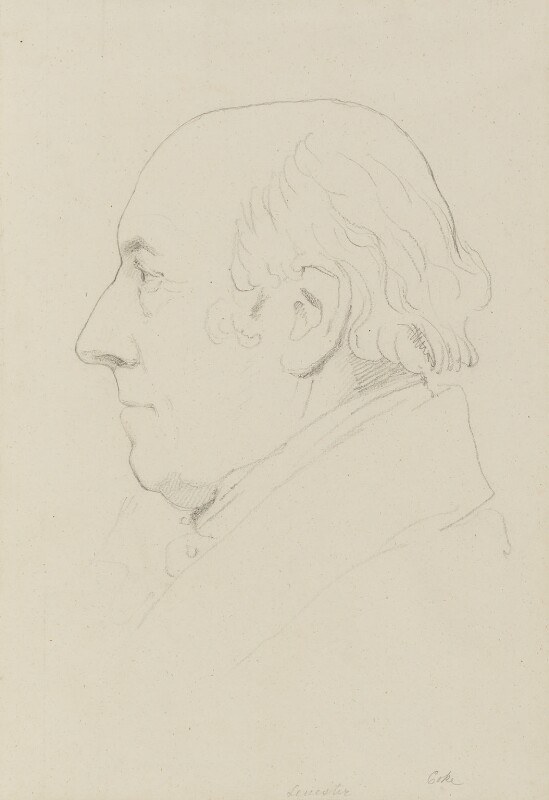 Sir Francis Chantrey’s Ledgers of Accounts records: '1828 Recd an order from Thomas Coke Esq MP Norfolk/to execute his Bust in marble Also for a Bust of the/Earl of Leicester for Holkham/1829 Aug To executing the Bust according to order £157.10.0 - a present from FC to Holkham as inscribed on the back of the Bust ... 1830 To executing the marble of the Earl of Leicester Bust from a model by Roubilliac £50 22 July 1834'. The marble bust at Holkham, presented by Chantrey himself; is incised: Presented to Holkham as a mark of esteem by Chantrey. Sc. 1829. Coke recorded receipt of the bust on 24 November 1829 - 'Chantrey has finished my bust and presented it to me in the most gratifying manner as a proof of his attachment and esteem. His intention is to place it in the entrance Hall at the foot of the steps, and Lord Leicester's bust as a companion on the opposite side, with appropriate inscriptions' (A. M. W. Stirling, Coke of Norfolk and his Friends, 1912, p 517).