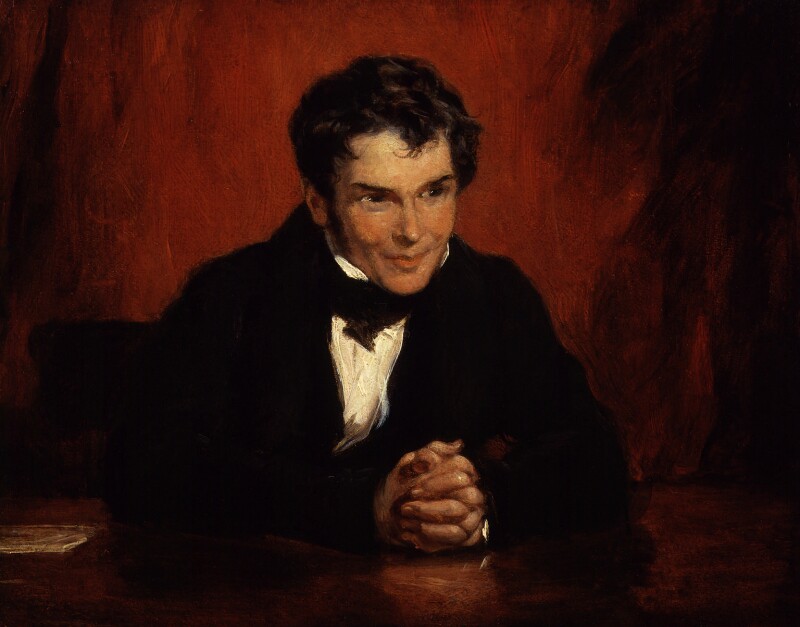 One of four similar studies in the NPG for Partridge's group portrait of the 'Sketching Society, 1836', listed in his 'Sitters Book' (NPG archives), p 87 (verso), under 1836, exhibited RA, 1838 (408), with the title, 'Sketch of a Sketching Society; the Critical Moment'; it was last recorded in the collection of W. A. Brigg, Kildwick Hall, Keighley, 1913. A related water-colour by Partridge, and a photogravure by J. Hogarth, published 1858, are in the British Museum. The other studies, representing J. J. Chalon (NPG 4230), Thomas Uwins (NPG 4231), and Robert Bone (NPG 4233), are included in this catalogue under the names of the individual sitters. A study of another member, J. S. Stump, is listed in Partridge's 'Sitters Book', p 88 (verso), as presented to the sitter. Studies of A. E. Chalon, C. Stanfield and Partridge are listed in his MS notebooks (NPG archives). The Sketching Society was founded in 1808 by Francis Stevens and J. J. and A. E. Chalon to study epic and pastoral design:

'The members assemble, at six o'clock, at each other's houses in rotation. All the materials for drawing are prepared by the host of the evening, who is, for that night, President. He gives a subject, from which each makes a design. The sketching concludes at ten o'clock, then there is supper, and after that the drawings are reviewed, and remain the property of him at whose house they are made.' [1]
Partridge's picture shows eleven members of the Society (himself included) grouped around a table, criticizing a drawing on an easel in front of them; Partridge was the president on this particular occasion.

The artist; by descent to his nephew, Sir Bernard Partridge, and bequeathed by his widow, Lady Partridge, 1961.