37 of 50 portraits matching these criteria: 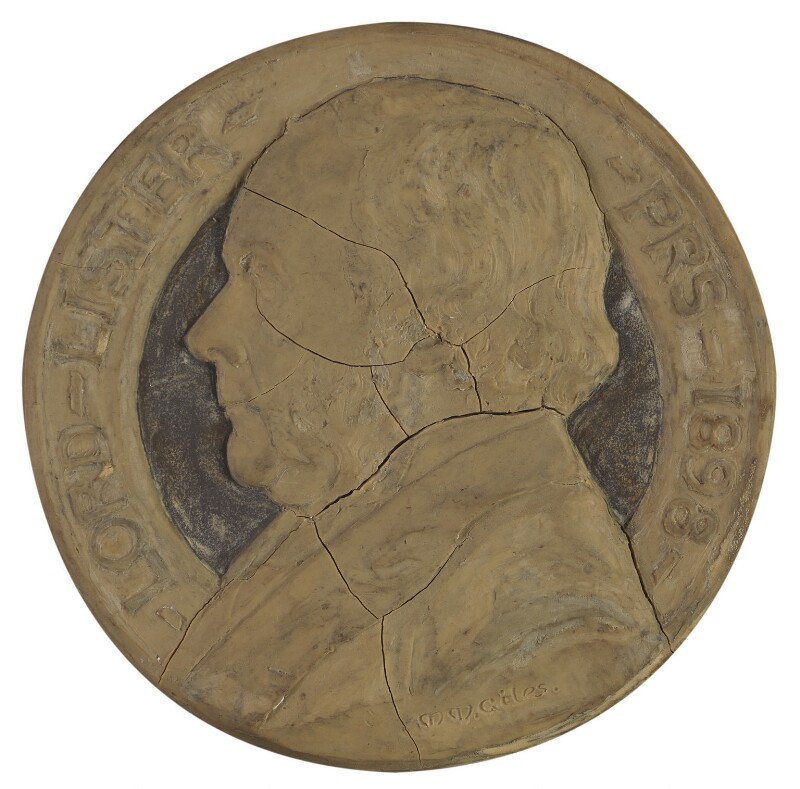 As a student of Edward (Edouard) Lantéri at the Royal College of Art, Margaret May Giles was part of a generation much influenced by French techniques of modelling with clay. Lantéri’s students, many of them women, emerged as successful exhibitors in the 1890s. Giles, for instance, first exhibited at the Royal Academy in 1894 with three (unidentified) portrait medallions, and thereafter sent reliefs, statuettes, busts, medals and medallions to the summer exhibitions almost without interruption until 1912. [1] As Marion Harry Spielmann observed in 1901, ‘there are at the present moment a number of lady-sculptors who, now that the full means of study are at last allowed them, are making their mark in England’. [2]

Thus at the time of her marriage to Bernard Maxwell Jenkin (1867–1951), Giles was an established, prize-winning sculptor, and she continued to work under her maiden name. Bernard Jenkin’s father was (Henry Charles) Fleeming Jenkin, the great professor of electrical engineering at Edinburgh. The marriage was in 1898, which is also the date on NPG 1897. Reading the list of medallions Giles made in the 1890s it is clear that a number are of scientific personalities, associates of the so-called ‘North British’ network, of which Fleeming Jenkin and William Thomson (later Lord Kelvin; see NPG 1896) were leading lights. [3] Giles designed medallions of Lister and Kelvin as a facing pair, their subjects’ Royal Society credentials emphasized in the relief lettering. [4]

While Joseph Lister is not usually associated with this group, he knew many of them in Scotland, and like them was a scientific groundbreaker. Thus in the 1860s he was professor of surgery at Glasgow, where Thomson, a life-long friend, was professor of physics; and, during his professorship in Edinburgh in the 1870s, Lister was a colleague of Fleeming Jenkin’s. [5] It may be that Giles’s project to make a series of medallion portraits of these eminent – and by the 1890s venerable – scientists was in some way linked to her connexion with the Jenkin family.

Giles offered three portrait medallions to the National Portrait Gallery in April 1921. ‘May I submit, for the acceptance of the governors, medallions in plaster (4in diam) of Lord Kelvin, Lord Lister & [James] Clerk Maxwell? The first two were modelled from life & can be judged by many contemporaries, the last was modelled from a photograph, & I enclose a photograph from the wax.’ [6] The portraits of Lister and Kelvin were accepted but that of Maxwell, not taken from life, was declined. Giles brought in the original medallions a few weeks later, and revealed an interesting use of materials: the wax busts had been modelled on slate supports, the busts in high relief within circular raised borders, the yellowish wax ‘perforated’ to reveal areas of grey slate. She was apologetic: ‘Twenty years without care or cover have not improved them, & I am trying to clean them, before handing them in.’ [7]

The waxes were accepted by the Trustees in April 1921, and the Ten-Year Rule was waived to allow in the portrait of Lister. [8] Giles stated that the medallions had been ‘modelled & signed’ before her marriage; and she followed with interest decisions about cutting the slate supports and the framing. [9] The following year the Gallery contacted her about the Kelvin wax medallion, which had cracked, although that of Lister was proving ‘more robust’. [10] By 1980 the Lister wax too was reported in a ‘miserable’ condition, [11] while a 1997 conservation report described cracks across the face, and an age-related brittleness of the medium. [12]