1 of 36 portraits of John Locke 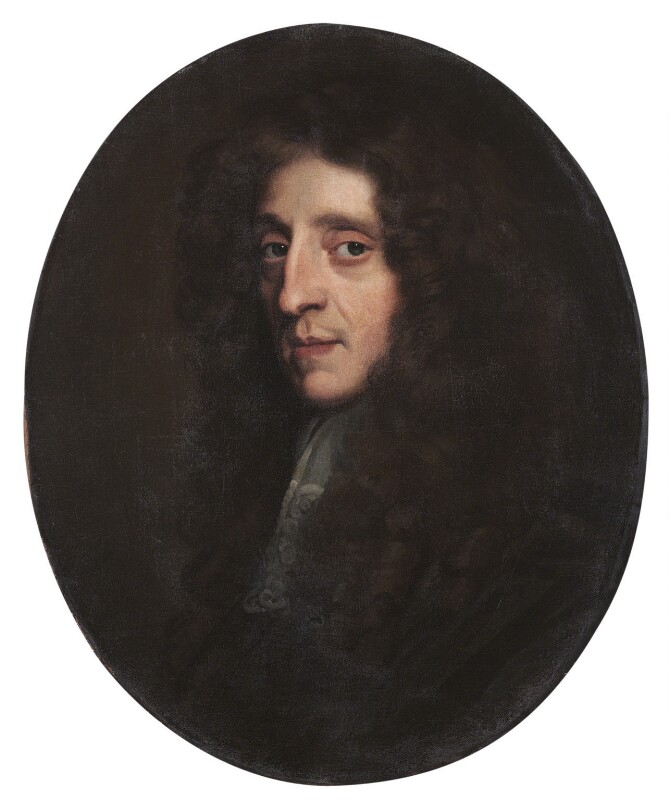 How NPG 3912 came into the hands of Locke’s friend Edward Clarke remains unclear, but there can be little doubt that it was through him that the picture passed to the Sanford family.
Locke had sat to Greenhill c.1672, at the same time as Greenhill painted his patron the 1st Earl of Shaftesbury, with whom Locke was then living. [1] In 1688 Locke remembered sitting for his portrait ‘about twenty years ago’ and paying £15 for it, [2] naming the painter as Greenhill in 1689. [3] When Locke left for France in 1675 the portrait had been left with Thomas Stringer, [4] and on his return Locke recorded in his Journal (12 July 1679) ‘Found … the things I had left with Mr Stringer at Exeter house on 12 November 1675; except my picture which he had removed to his house at Bexwells’. [5] Stringer disputed the ownership and there survives a quarrelsome correspondence from 1688-89 [6] at the end of which Stringer still had the portrait. In 1689 Locke received Mrs Stringer’s permission to have the disputed Greenhill engraved and Mrs Clark[e] had undertaken to return it, [7] but no engraving of that date is known.
In the course of this dispute, Stringer mentioned that ‘doctor Thomas hath one [a portrait] that is generally thought better paynted and is of a much lesse size, and Consequently may be better secured from danger of hurt in Carriage, Whereas mine is soe large that it cannot well, be packed in the Country (without hazard) for soe long a journey.’ [8] Since Dr Thomas was Greenhill’s brother-in-law it might be assumed this was a second portrait by Greenhill. Sometime before 1725 Vertue recorded ‘Two pictures of Mr Locke one in poses of Ld C Just. King [see King of Ockham] another in poses of a Relation. Both done by Greenhill certainly’. [9]
NPG 3912 was very probably the Thomas portrait, the smaller of the two and the portrait listed by Vertue as being with ‘a Relation’ c.1725.
A larger half-length rectangular version (76 x 63 cm, agreeing with NPG 3912 in detail) was sold Sotheby’s, 21 October 1964, lot 4, inscribed twice John Locke, possibly the ‘Stringer’ portrait (although the quality is uncertain).
There may have been a third version. [10] The oval engraving of Greenhill’s portrait by P. van Gunst (published in 1700 as the frontispiece to Coste’s translation of Locke’s Essay) was apparently taken from a portrait Locke sent to Jean Le Clerc in Amsterdam in 1699. [11] While the face mask agrees well enough with NPG 3912, the stock and wig show minor differences. Worthington’s much inferior engraving of 1830 was prefixed to the 7th Lord King’s Life of Locke 1829 (and was perhaps therefore from the portrait Vertue had listed as with Lord King); it seems to agree with the van Gunst plate.