6 of 36 portraits of John Locke 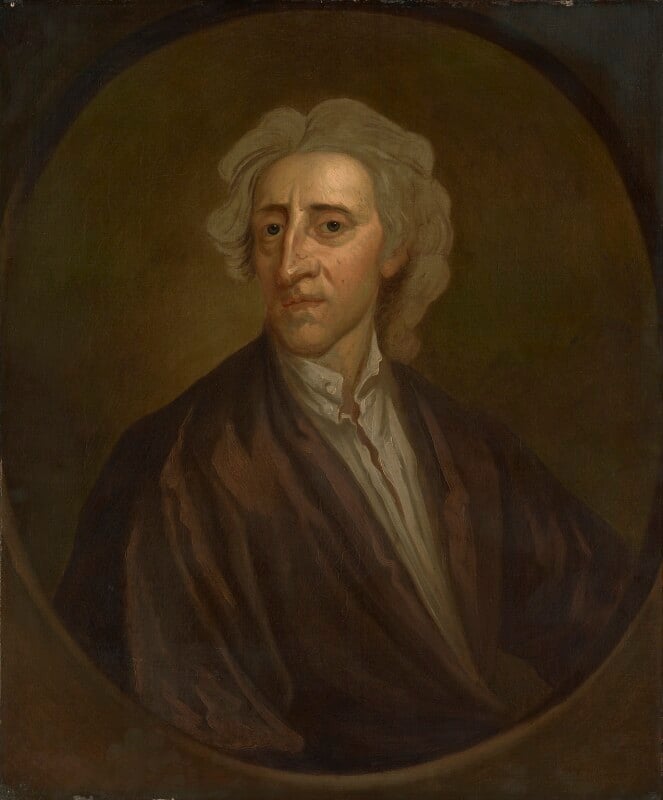 A palpable copy of the signed original Kneller of 1704 now in the Virginia Museum of Fine Arts, Richmond VA. [1] Versions include those at Knole, [2] Lincoln’s Inn, and the Royal Society. [3]
An extended three-quarter-length version (with a table to the right) in the Royal Collection [4] was copied by Hermann Goldschmidt in 1847 for Versailles. [5]

Ellis 1843
Sir Henry Ellis, List of Portraits suspended on the Walls of the Eastern Zoological Gallery, British Museum, no.99.