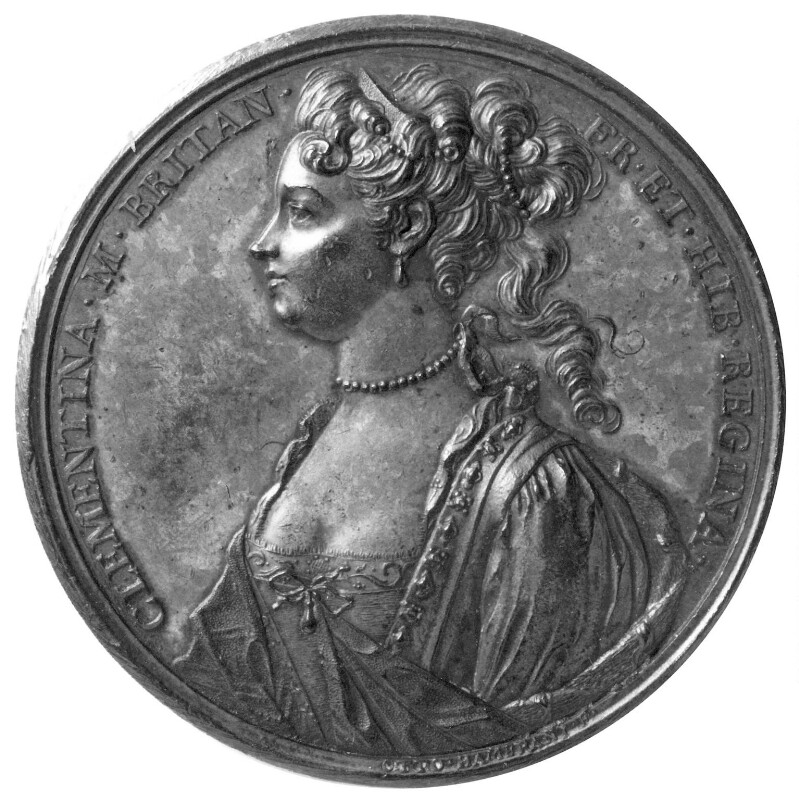 The medal commemorating the dramatic escape of the Princess from Innsbruck was struck after news of the marriage negotiations became known. [1] Rescued by four Irish officers, she was brought safely to Bologna and married by proxy on 9 May. [2] She went to Rome soon after and was met by James on 1 September at Montefiascone. The Hamerani attribution, at one time questioned, [3] is now confirmed by the British Museum. [4] Copper and silver strikes of NPG 1686 and medals by Hamerani commemorating the marriage and the birth of Prince Charles are in the Scottish NPG.

Obverse: profile, hair dressed in classical manner with pearls and circlet, curls behind shoulder and on forehead; pearl drop earring, single strand pearl necklace, low-cut dress with drapery caught at the bosom with pearl tie.
Reverse: riding, to left, in a chariot drawn by two horses; landscape background with Rome and the Colosseum, a ship and sun low on the horizon.

Presented, 1912, by Sir Charles Holmes; bought by him from Spinks that year.