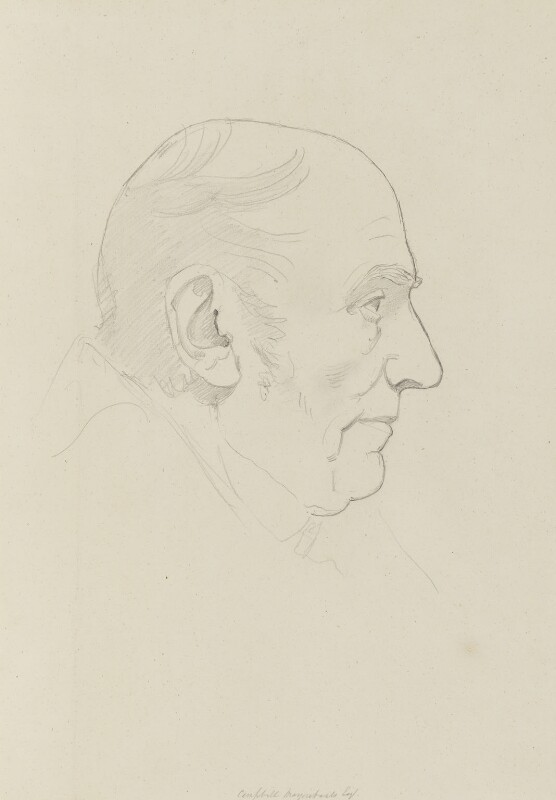 Profile to right aged about 70.