5 of 31 portraits matching these criteria: 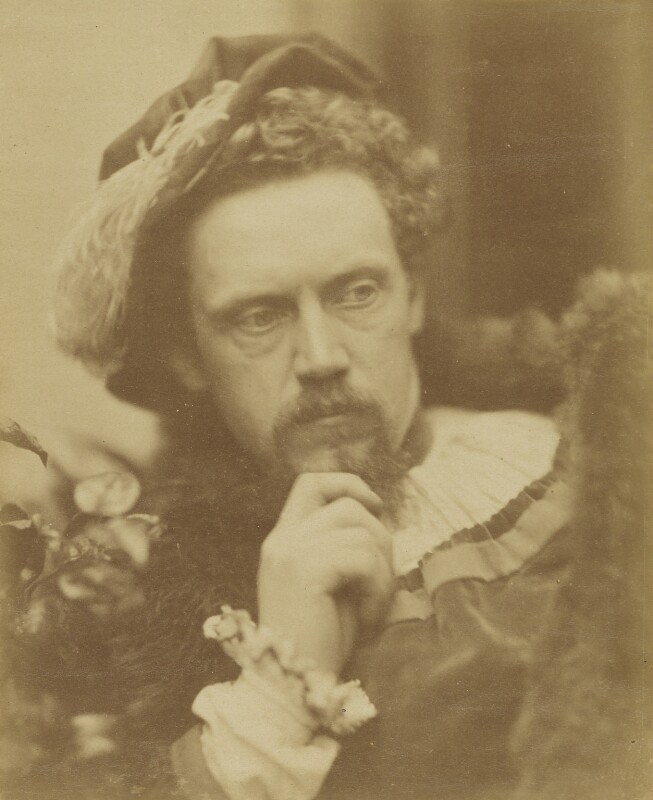 This photograph is one of the series of artists portrayed in historical and contemporary costume by David Wilkie Wynfield, many of which were released for sale from March 1864 under the title The Studio: A Collection of Photographic Portraits of Living Artists, taken in the style of the Old Masters, by an Amateur. Registered for copyright by Wynfield with others on 8 December 1863, the image was described as ‘Photograph of H.S.Marks in German Medieval Costume, bust, full face’; [1] this suggests it was intended for a group inspired by art from the era of Durer or Cranach. However, Marks is here costumed in theatrical Tudor mode, wearing a plumed hat (as seen in the portrait of John Evan Hodgson, NPG P74), white pleated shirt and lace cuff. This dress evokes familiar portraits of Henry VIII and also accords with Marks’s passion for Shakepeare’s works, from which he took many subjects. ‘Few men were so much at home in Shakespeare’, noted G.C. Williamson, ‘and he knew by heart whole plays.’ [2]

As a lively member of the St John’s Wood Clique, and a member of the 38th Middlesex Artists’ Volunteer Corps for seventeen years, it is hardly surprising that Marks appears in Wynfield’s series. In Pen & Pencil Sketches he recalled Wynfield as ‘a most enthusiastic volunteer [who] devoted a great deal of time to the corps … Calderon and I were more shy, and inclined at first to ridicule the whole movement, but eventually thought better of it.’[3] Marks was also a visitor to Hever Castle when it was rented by Wynfield, P.H. Calderon and W.F. Yeames in summer 1866, and appears in Wynfield’s group photograph of the Clique in a garden setting. This was reproduced in Marks’s memoirs and is described by Hacking as a ‘constructed image of respectable bohemianism’. [4]