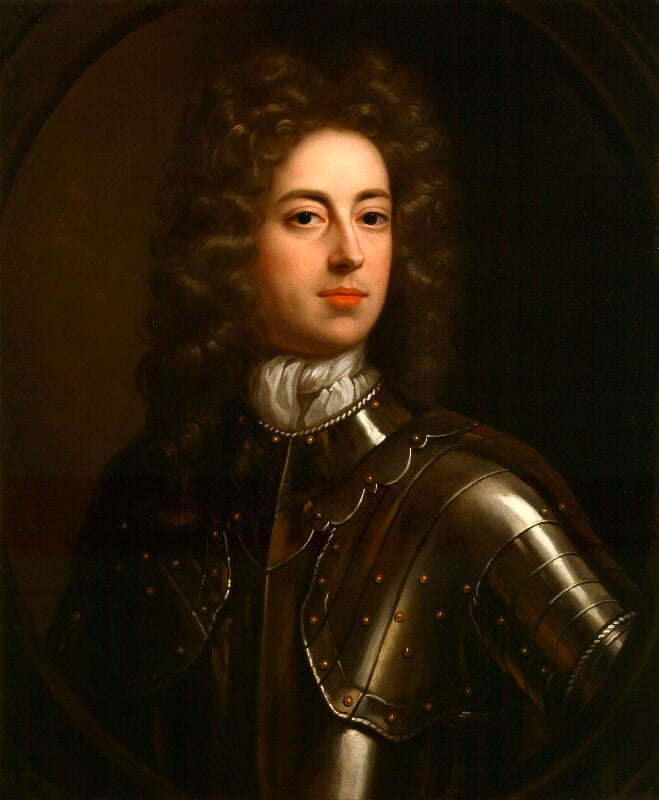 The face mask recurs in the three-quarter-length attributed to Riley 1685-90 at Blenheim. A three-quarter-length version (of square format, with right hand holding baton and left on hip, his helmet lying on a table to the left) is also at Blenheim where attributed to Closterman. [1] The distinction between the late works of Riley (d. 1691) and the early works of John Closterman, who was working with him in the later 1680s, remains unclear. [2]

1 Seen by Scharf who noted in the sale catalogue: ‘oval in square canvas, to waist in armour face ¾ to right. Light from r.h. no garter. Face as in Closterman … the property of Thomas George Graham White Esq deceased, grandson and heir of Sir G. H. Smyth, MP late of Berechurch Hall, Essex [whose estates passed to his daughter Charlotte who married Thomas White of Dobbins in Wethersfield, Essex, and who d. 1845 leaving issue]’. Smyth had inherited pictures from Sir Robert Graham (1744-1836).