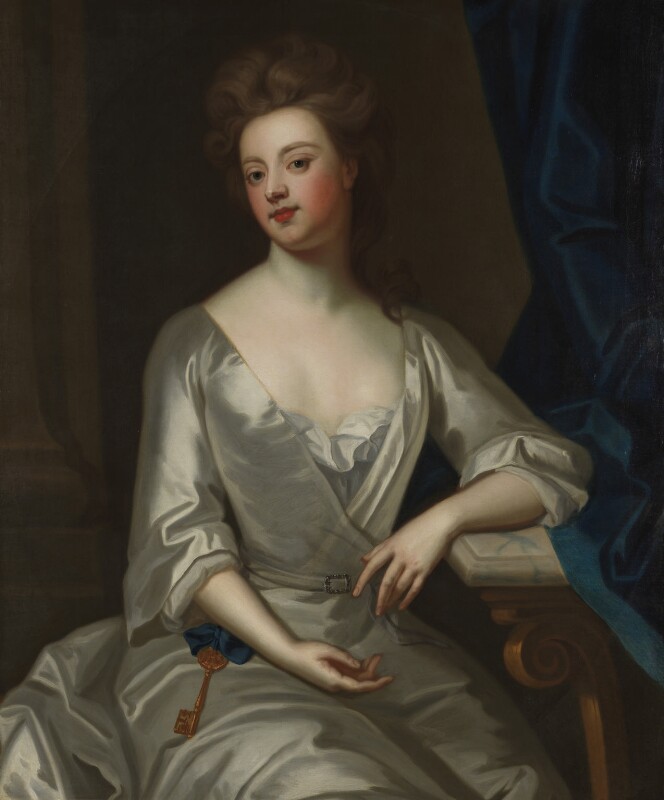 A slightly reduced copy of a portrait at Althorp, [1] painted after 1702 since she wears at her waist the golden key of the keeper of the privy purse. Full-size versions were in the Tollemache sale, Christie’s, 15 May 1953, lot 131, and sold Christie’s, 28 February 1964, lot 65. The distinctive tilt of the head characterises several of her portraits by Kneller.
This pattern, extended to a whole-length, was copied as part of a double portrait of the Marlboroughs traditionally attributed to Enoch Seeman.

1 As first described in Catalogue of Pictures belonging to Lord Harcourt at Nuneham Park, 1806.