6 of 1569 portraits matching these criteria: 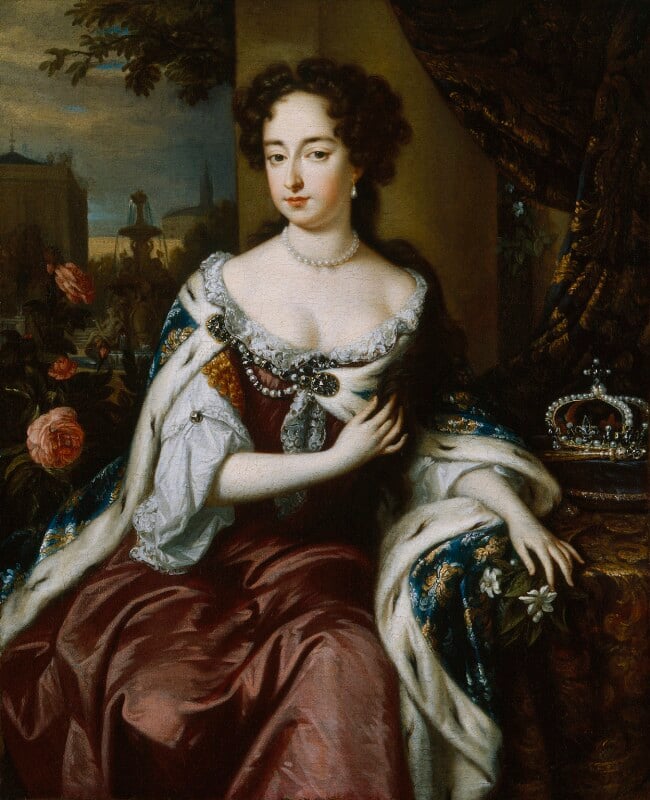 Like NPG 197, NPG 606 derives from the Wissing pattern of 1685, showing Mary with a young, full face, not otherwise exactly matched in her portraiture. It agrees with an engraving, of the same size, by Jan Verkolje. [1] In Verkolje’s son’s sale, Amsterdam, 24 October 1763, lot 20 comprised portraits of William III and his wife by J. Verkolje, ‘well known from mezzotints made by the same master’ (39.5 x 32.8 cm). [2]
A version of similar size, showing minor differences including honeysuckle on the right, is in a French private collection (previously given by Queen Mary to the Duke of Windsor, later Edward VIII). [3]

Wieseman 2002
M. E. Wieseman, Caspar Netscher, 2002, C186 (as formerly attributed to Caspar Netscher; a misunderstood reference alleging the picture had been sold from the NPG in 1983).