8 of 1569 portraits matching these criteria: 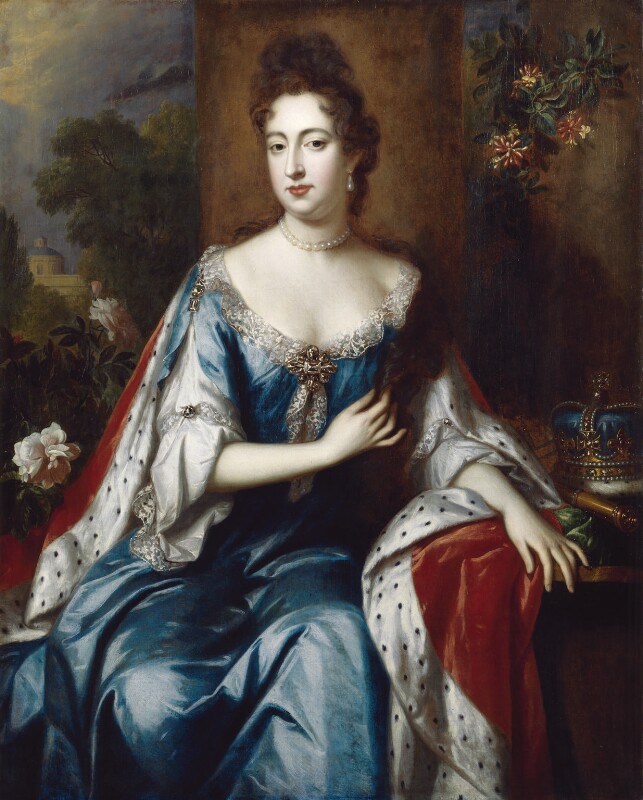 Like NPG 606, NPG 197, which is not of prime quality, derives from the Wissing pattern of 1685, with the crown added on the right and showing heavy features and a hairstyle indicating a date toward the end of Mary’s life, after Wissing’s death in 1687. [1] Wissing’s pupil Jan Van der Vaart had continued his master’s practice. [2] The comparable figure of Mary in the Scottish NPG (PG 1385) may also be attributed to him (despite the absence of a crown). Both heads relate closely to that in the Van der Vaart portrait of c.1690-94.

The Earls of Chesterfield; Henry Graves,1 from whom purchased 1865.

1 Graves wrote to Scharf on 31 May 1865: ‘I have got paintings in from Lord Chesterfield to sell [including] the Mary by Wissing … would you like to see it before I offer it for sale’ (NPG archive).