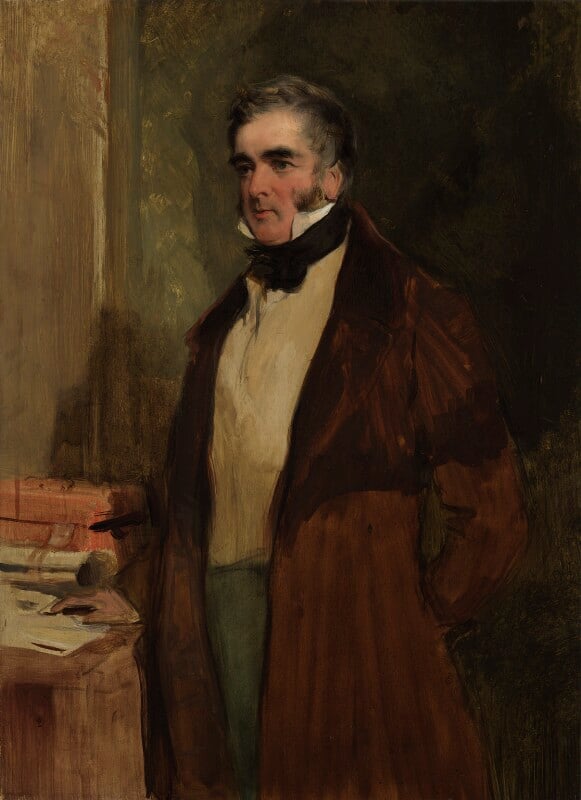 Probably painted at the same sitting as the similar sketch of Melbourne by Landseer (oval, head only), painted in 1836 at Woburn Abbey for Lady Holland. This is now in the collection of the Earl Mountbatten, Broadlands, exhibited Landseer Exhibition, RA, 1874 (442), Landseer Exhibition, RA, 1961 (41), and Reine Victoria Roi Leopold lier et Leur Temps, Brussels, 1953 (201), reproduced plate XIX. A version after the NPG portrait is owned by the Marquess of Lothian, Melbourne Hall. A so-called sketch of Melbourne by Landseer was sold at Christie's, 13 December 1961 (lot 145), from the collection of Miss Ruth Mitchell.