8 of 24 portraits matching these criteria: 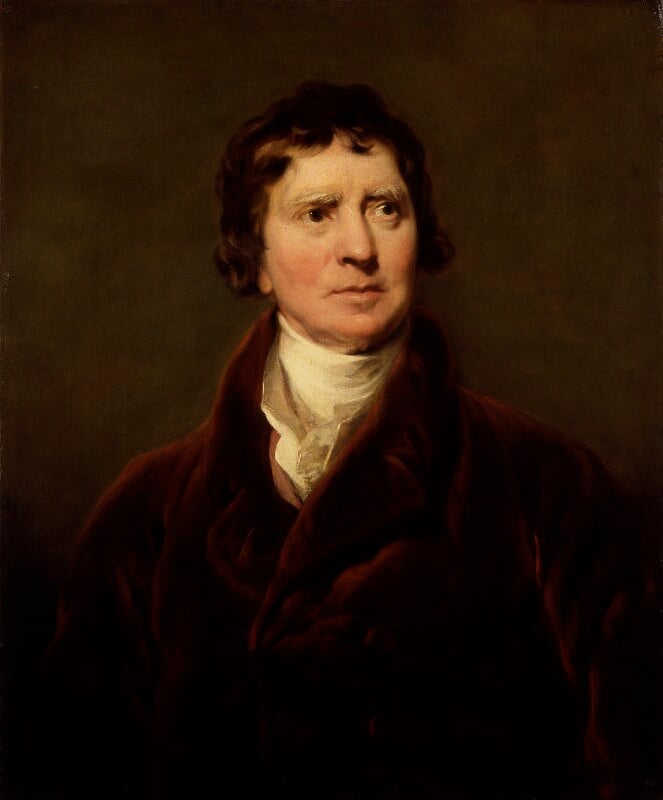 The original portrait, three-quarter-length standing holding papers, was formerly at Melville House (George Perfect Harding, List of Portraits in Various Mansions of the United Kingdom, 1141), later with the Earls of Aberdeen and now at Dalmeny (Lord Rosebery); it was exhibited RA 1810 (171) and engraved in mezzotint by Charles Turner 1810 (Alfred Whitman, Charles Turner, 1907, 368); a version of replica quality was in the Palazzo Labia, Venice (Comte de Bestigui). The NPG head and shoulders is of good quality and probably from the hand of Lawrence himself though the provenance is uncertain before its acquisition in 1885; it may have been the original of Meyer's head and shoulders stipple engraving published 6 September 1810 by Cadell & Davies 'From an original Picture by T. LAWRENCE, ESQ. R.A. in his own Possession' - ambiguous wording which could reasonably be interpreted as meaning that it belonged to Lawrence himself. This engraving was among a number made for Cadell & Davies which caused dissatisfaction because of the 'difficulty the engravers had in obtaining from Mr Lawrence any attention to the works carrying on from His pictures … Cardon had declared He wd never again engrave from a picture by Lawrence' (Farington, Diary, 18 July 1810).