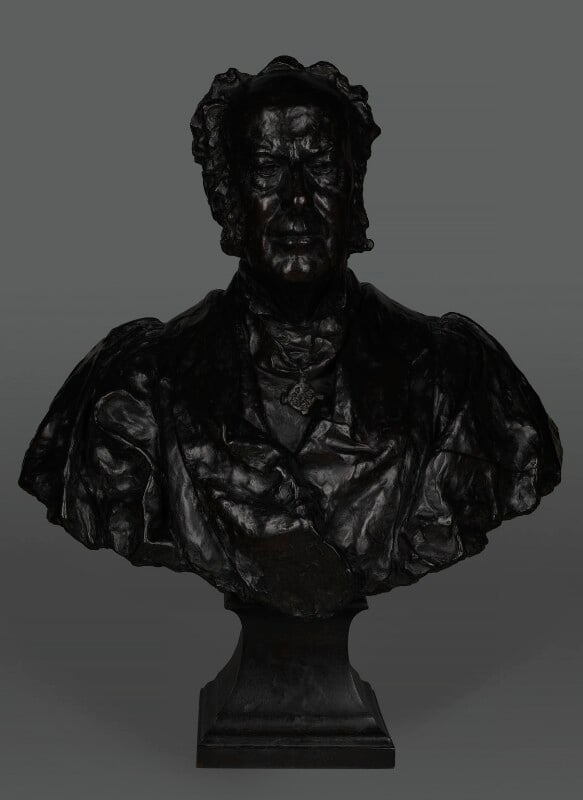 In 1922 the Board of Education took over the business of Domenico Brucciani & Co., plaster mould- and cast-makers. Management was handed over to the Victoria and Albert Museum; under the title ‘Department for the Sale of Casts’ this specialized casting service continued to operate until 1951. As an insurance for fragile originals – and to create more effective public displays – the National Portrait Gallery sent some of its plasters to the V&A for casting into bronze, including the busts of two past presidents of the Royal Academy, Lord Leighton by Brock, (NPG 1957 [to produce NPG 1957a), and Millais by Edward Onslow Ford (NPG 1329 [to produce NPG 1329a]). The cost of these bronzes was £55 each. [1]

Ford’s son had anticipated such future ‘exploitation’ and specified in a letter to the NPG director ‘…we remain the holder of the copyrights of all three and that if the National Portrait Gallery should at any time wish them reproduced in bronze or marble they must be done through us’. [2]

See NPG 1329 for details of the plaster and prime bronze of Millais by Ford.

Purchased from the Department for the Sale of Casts, V&A, March 1923.