17 of 689 portraits by Sir Thomas Lawrence 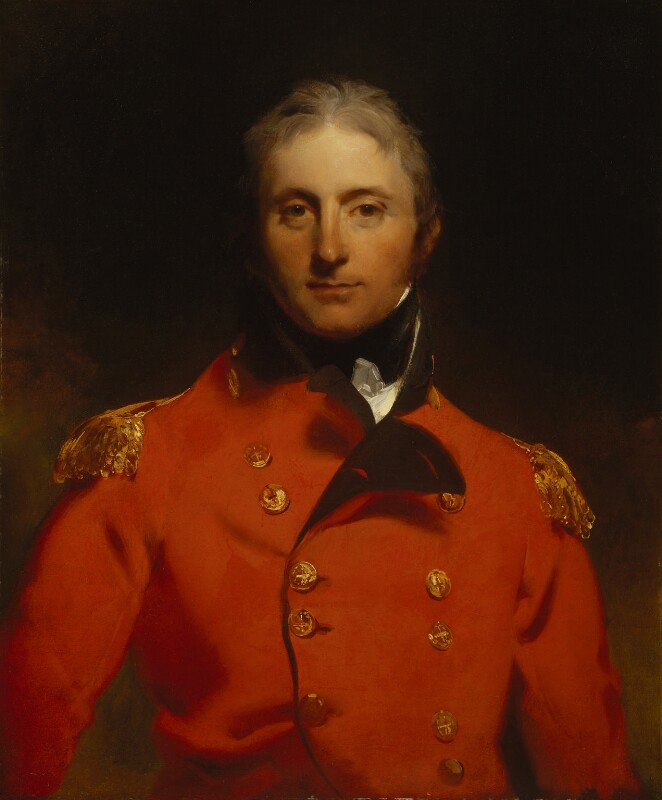 There is no documentary evidence for this portrait which Garlick (Kenneth Garlick, ‘Catalogue of Paintings, Drawings and Pastels of Sir Thomas Lawrence’ in Walpole Society Journal, XXXIX, 1964, p 145) dates stylistically to 1800-4, before he received the KB 26 September 1804. In the NPG portrait he wears major-general's uniform (the buttons arranged in pairs); in a variant painted by Lawrence for General Brownrigg in January 1808 and now in the National Army Museum the Star of KB has been added and the uniform altered to a lieutenant-general's (buttons arranged in threes; he was promoted 30 October 1805); Brownrigg's picture was engraved in mezzotint by Charles Turner, published by R. Cribb 14 April 1809 (Alfred Whitman, Charles Turner, 1907, 383) and later issues; studio copies are in the Gordon Highlanders Regimental Museum, at Meiklour (Lord Lansdowne), and in several private collections. Lawrence's letter to General Brownrigg asking for the loan of 'the Portrait I painted for you' so that the mezzotint could be made 'under my own Inspection' is in Beatrice Lady Brownrigg, Life and Letters of Sir John Moore, 1923, p 280.
Copies of NPG 1128 are by Harriet Moore (1841) at Grace Dieu; by Malcolm Stewart (1902) in Glasgow Art Gallery; and extended to whole-length with sabre by Robinson (1838) in Crown Estate Commissioners' collection, Pall Mall (formerly United Service Club); the sabre given him by the Grand Vizier after Aboukir Bay is incised with a verse from the Koran.
A drawing at Shorncliffe of doubtful authenticity and shakily attributed to Lawrence is reproduced Carola Oman, Sir John Moore, 1953, p 304 and Roger Parkinson, Moore of Corunna, 1976, p 36.

Brook Farm, Cobham, then family descent and given (together with the portrait of his brother Sir Graham Moore, NPG 1129) by his great-niece, Miss Mary Carrick Moore, in accordance with her father's wishes, 1898.