60 of 1312 portraits matching these criteria: 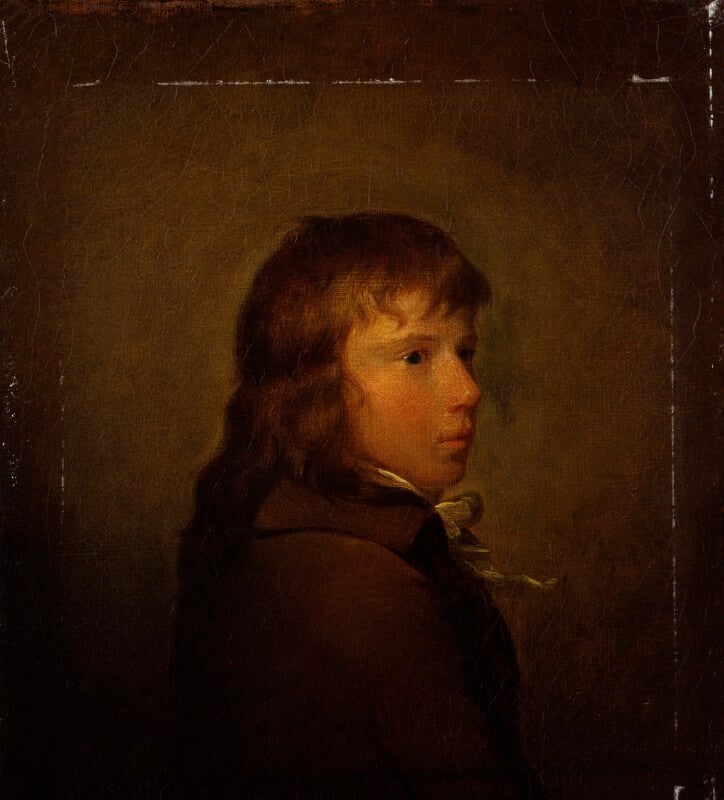 The identity of this portrait is probably authentic though its provenance depends on evidence given by William Smith at the Second Exhibition of National Portraits, South Kensington, 1867 and passed on by him to Scharf in 1876 though not recorded in the May 1876 meeting of the Trustees. Christie's stencil 374B on the stretcher refers to the sale 18 February 1853 of the collection of Dr Kean Brown Osborn MD of Antigua House, St John's Wood; lot 4 'Morland, portrait of the painter when young' was bought by Money for £1.15.0; but this conflicts with Smith's evidence of 1876 which traces its descent by bequest from Morland's father.