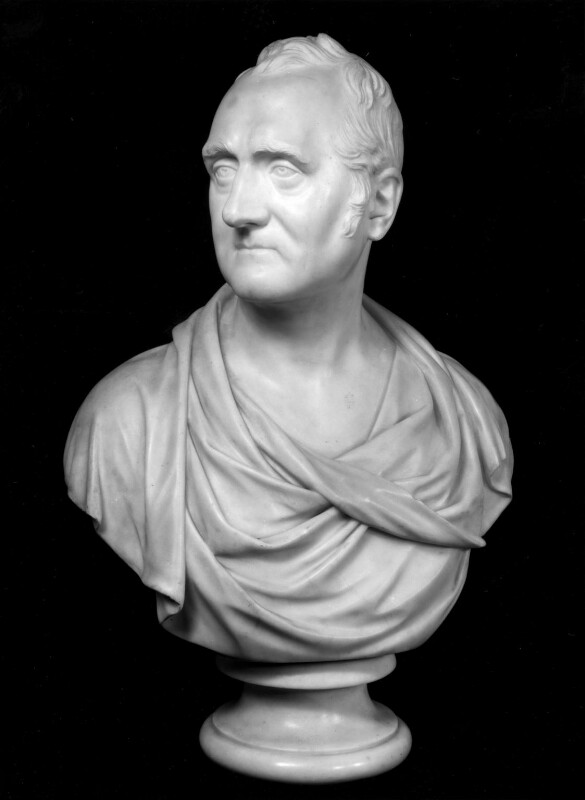 The bust was seen by Scharf in the hall at Bayham Abbey in 1874 but at some time thereafter its name was lost and in Humphris's 1972 exhibition it was labelled 'unknown man'. The identity was established from the picture at Apsley House 'Anne Countess of Mornington surrounded by the Effigies of her Sons' where the bust of her second son stands on the floor beside her; a large mezzotint by Hodgetts was published 1 January 1839.

Earl of Caledon; Marquess Camden (Bayham Abbey); Cyril Humphris and bought from him 1975.