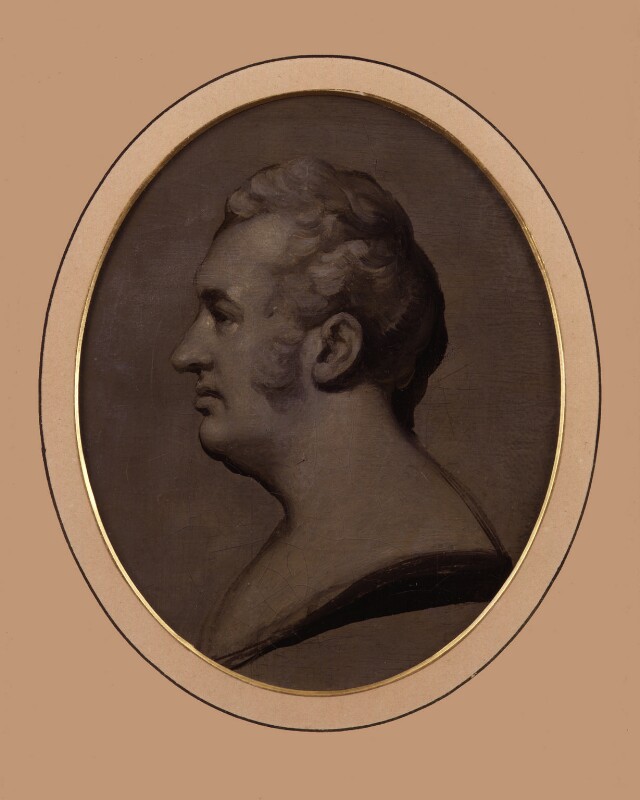 A note by Morrison's son in the NPG archive reads: 'This masterly sketch, by Chinnery, is considered by all those competent to judge to be the best likeness of Dr Morrison that was ever painted/Robert Morrison July 1908'.
The style is unlike any known Chinnery portrait but Chinnery certainly knew the Morrison family well and indeed made the rather inaccurate drawing of Morrison's gravestone in Macao (Memoirs, I, frontispiece). It has all the appearance of being a sketch for a sculpture and may be a preliminary suggestion for a bas-relief memorial tablet, possibly for his birthplace, Buller's Green, Morpeth.

Head in profile to left.

Family descent to his grandson, George Morrison (Registrar of Brighton) and bought from him, through a friend H. Marcus Allen, in 1955.