1 of 5 portraits matching these criteria: 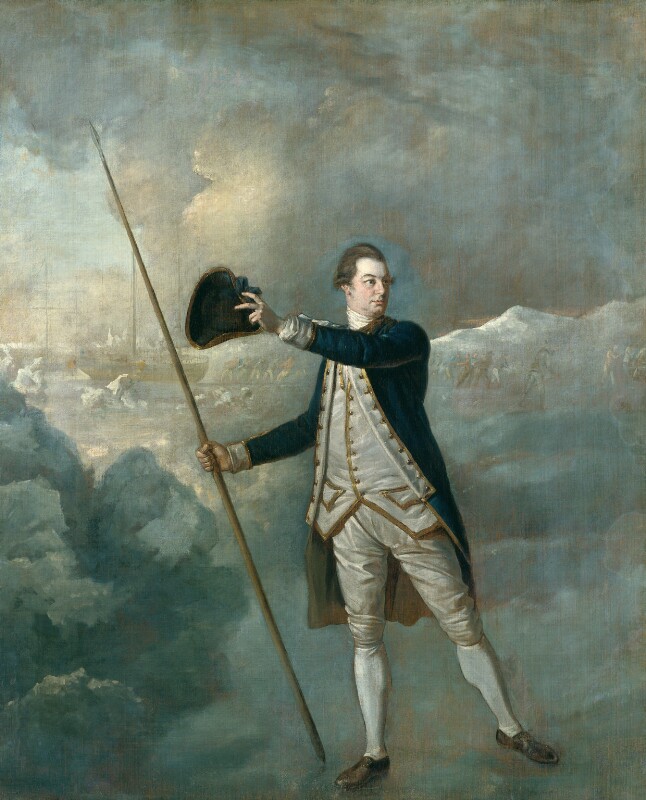 In 1773, by Royal command, a voyage was made ‘to see how far navigation was practicable towards the North Pole’. [1] Captain Phipps in the Racehorse was given command, accompanied by Captain Lutwidge in the Carcass, and he was additionally charged with making ‘such observations of every kind as might be useful to navigation, or tend to the promotion of natural knowledge’. [2] Between 3 July and 22 August he explored the ice-bound coasts around Spitsbergen, within 10 degrees of the North Pole, returning to England in September. The following year he published a detailed, illustrated account, [3] evidently consulted by the painter of NPG 1094 - John Cleveley’s plate of the Racehorse and Carcass on 7 August 1773 showing a similar team of men hauling a boat across the ice. Phipps’s head may be based on an original study, unlike his stance [4] and the menacing sky. [5]
A replica, with minor variations in the background, remains with family descendants. Haydon recounted seeing this, or NPG 1094, in Lord Mulgrave’s collection in 1808:

'We were loitering about the picture of Lord Mulgrave’s brother blocked up in the ice, in the Arctic expedition in which Nelson sailed as a middy. Lord Mulgrave, holding the lamp, said: ‘What is that my brother has got hold of? Is it a boat hook?’ ‘No. My Lord!’ said [George] Colman [the younger], in his half-throttled, witty voice; ‘it is the North Pole!’' [6]