14 of 24 portraits matching these criteria: 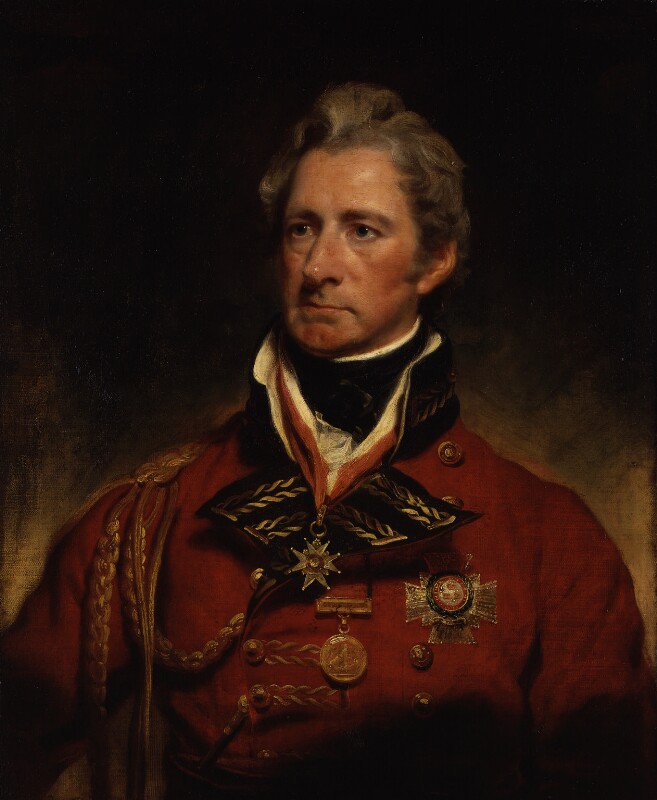 Munro and his family arrived home in June 1819. He was promoted Major-General in August, accepted the Governorship of Madras and was appointed KCB November 1819, re-embarking for India in December. It was presumably during these six months that Shee painted the NPG portraits, probably for Munro himself, exhibiting them at the RA in 1820. NPG 3124 was extended into the magnificent whole-length with sword, map of India, despatch box and a book on the table inscribed: MAS 1828, painted for the Town Hall of Madras and exhibited RA 1829 (167); several copies are mentioned in Hunter, Sir Thomas Munro, 1894, p 212. The head and shoulders and uniform were adapted by Reinagle for the bombastic whole-length in the Oriental Club, London.