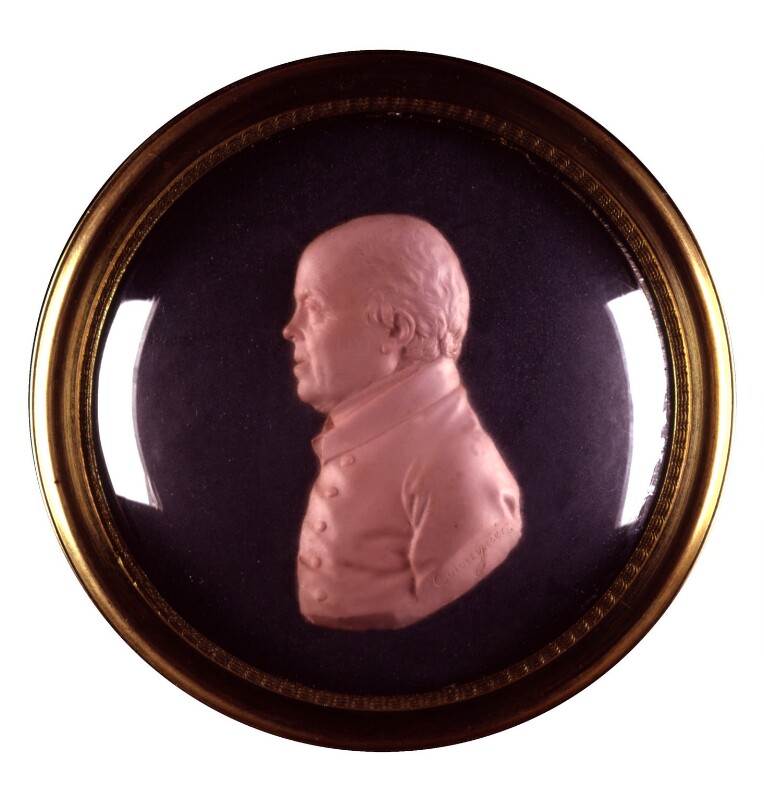 Signed on truncation: Couriguer and with an old ink-written label on reverse: John Nash/East Cowes Castle.

Nash left the whole of his estate to his widow; his castle at East Cowes, and his library and pictures were sold. Mrs Nash lived with Ann Pennethorne (a remote relation who had for long acted as her companion and who was a sister of Sir James Pennethorne, the architect) at Hamstead, Isle of Wight, till her death in 1851. The Couriguer medallion descended in the Pennethorne family until 1935. A second version, in white wax, belonging to Miss Amy Pennethorne of Brighton, was broken in 1952 and repaired with the advice of a former Keeper of the V&A Museum, H. Clifford Smith, who described it as 'this brilliantly modelled little medallion' (Country Life, 9 January 1953, p 101).