2 of 57 portraits by Napoleon Sarony 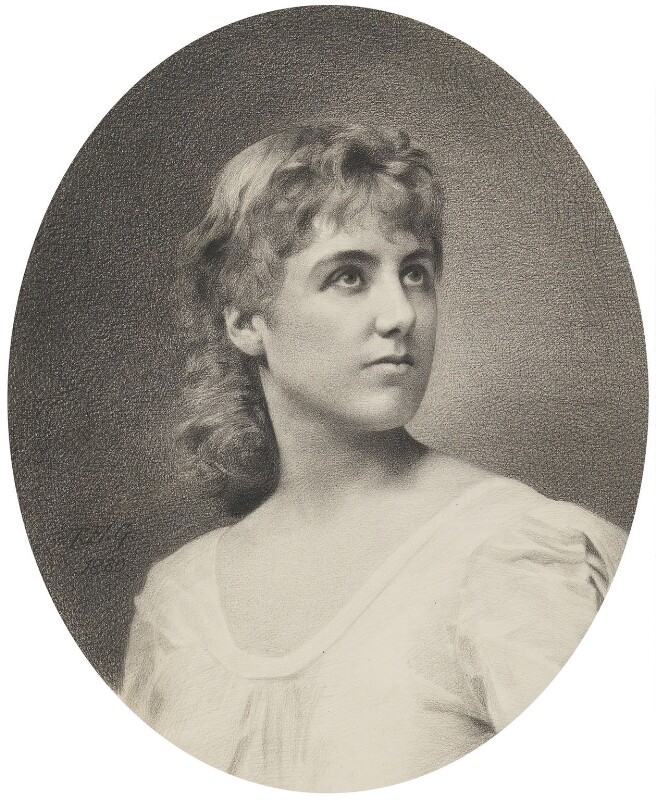 ‘In an age when tragedy is out of fashion the young and rising actress has determined to make Juliet her own.’ So wrote The Times of Adelaide Neilson’s performance in Romeo and Juliet in 1870. [1] And according to Joseph Knight, who wrote her original entry in the Dictionary of National Biography, ‘as a tragedian she has had no English rival during the last half of this century’. [2] So it was naturally as a tragic Juliet, in one of her last performances in that role, that Thomas Edward Gaunt, a little-known genre and portrait painter from Tottenham, chose to draw the actress in the year of her death. [3]

Neilson first played Juliet in London in 1865, and again in 1868, 1870 and 1872. In 1872 she embarked on a lengthy transatlantic tour, the first of several, and it was with her performances as Juliet especially that she wooed the American public. During these tours she sat to the New York photographer Napoleon Sarony, mostly in character, at his studio on Broadway (and later at Union Square). In these photographs, it is possible to chart a progression of Neilson/Juliet types, the earlier images celebrating the freshness of the girl in love, wearing spectacular tiaras and hairpieces of cascading ringlets. At the end of the decade, however, Sarony produced a set of statuesque, pared-down images of Neilson as Juliet, jewels and hairpieces discarded, effects now limited to poses and soulful expressions. The New York critic William Winter watched Neilson in many performances, observing her ‘transfiguration’ into the parts and the difficulties afterwards: ‘I remember that the only part in her repertory by which she was profoundly and long agitated was Juliet. From the effort involved in her acting of other characters her recovery seemed to be immediate; but after acting Juliet she was reserved, formal, withdrawn into herself, and indisposed to speak.’ [4] Sarony’s long involvement in photographing Neilson as Juliet captures the range of her transfigurations in the role.

Neilson’s last engagement in America was in May 1880 and, according to a note in the National Portrait Gallery Archive, the Sarony photograph on which Gaunt’s drawing was based was taken that year. [5] And it was probably hearing of Neilson’s unexpected death in Paris in August that spurred Gaunt to make a portrait, choosing a suitably tragic image to work from. [6] The result, a near life-size head-and-shoulders which focuses on Neilson’s famously expressive eyes, is remarkably faithful to Sarony’s photograph.

The drawing was offered to the Gallery as a gift by the fine art dealer Edward Ernest Leggatt and accepted for the Reference Collection in 1916. [7] Earlier, in 1900, Leggatt had unsuccessfully offered the Gallery an oil portrait by Thomas Benjamin Kennington of Neilson; this is now in the Royal Shakespeare Company Collection. [8]

Given by Edward Ernest Leggatt, 1916.