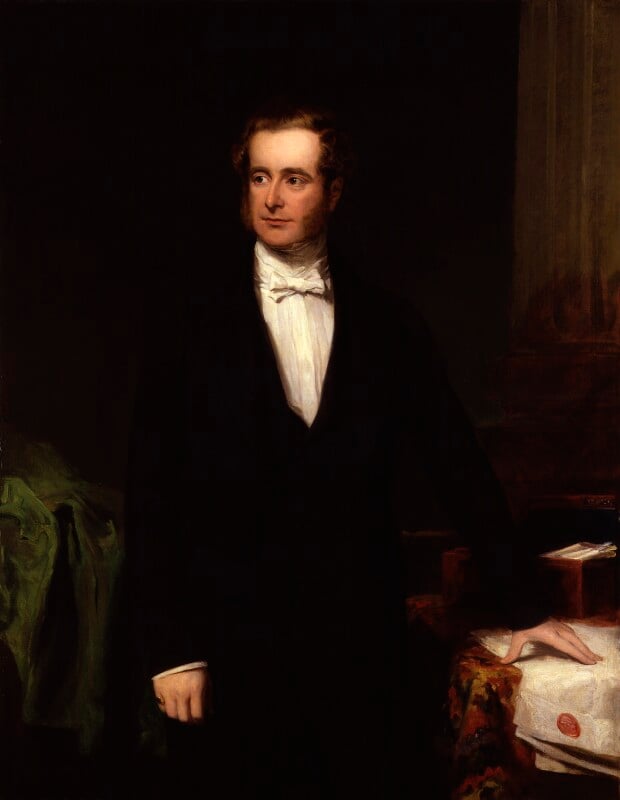 Inscribed on the frame, which is almost certainly the original one: THE EARL OF LINCOLN BY SAY 1848

Although this portrait is not included in the Clumber House Catalogue (1923), it formed part of the Clumber collection (information from C. G. Stableforth, agent of the Newcastle Estates, in a letter of 19 August 1969, NPG archives). It was presumably commissioned by the sitter, when Earl of Lincoln, or by his father the 4th Duke. Say painted several other prominent statesmen at the time, including Derby and Ellenborough (NPG 1806 and 1805).

Healthy complexion, brown eyes, hair and whiskers. Dressed in a white neck-tie, white shirt, black waistcoat and suit. One hand resting on white papers on top of a variously coloured table-cloth, on the right, with a red leather-bound box full of papers behind. Green drapery at left. Brown and light green pillar on the right. Rest of background various tones of greyish-green.