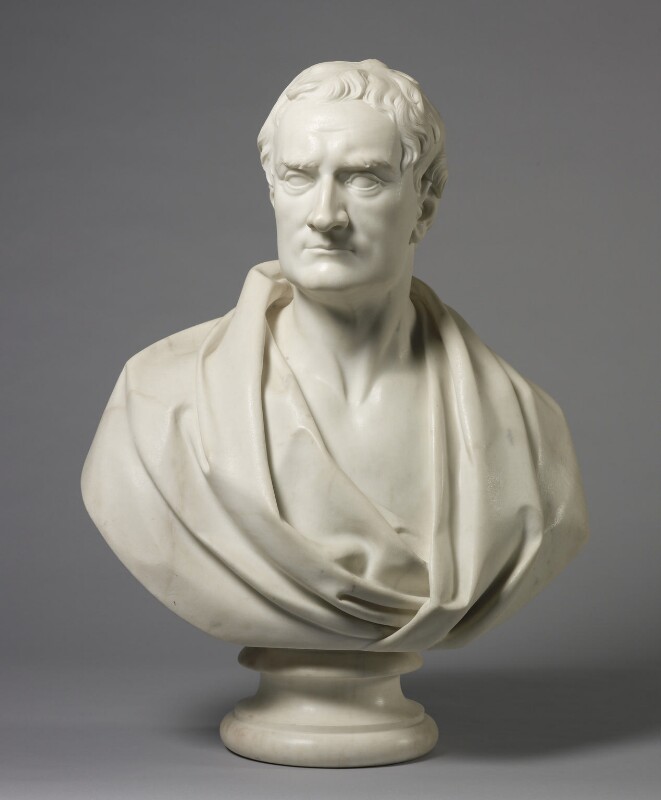 A free copy from the Roubiliac bust of 1751 in the Wren Library, Trinity College, Cambridge. Mrs Esdaile was particularly critical of ‘the incredible inferiority of the drapery in the handling and modelling of the marble and the representation of texture’, pointing out that Baily had omitted Roubiliac’s ‘inner drapery’.
A second bust of Newton by Baily dated 1849 is at Woolsthorpe Manor.