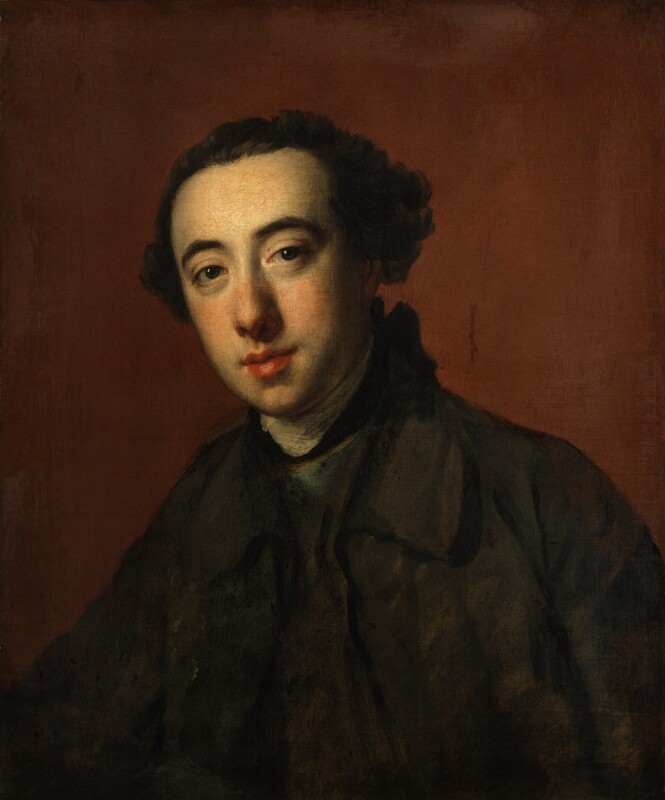 Acquired as a portrait of Horace Walpole, 4th Earl of Orford, but the identification is untenable. W. S. Lewis suggested it might show Horatio Walpole (1723-1809) of Wolterton, later 1st Earl of Orford of the second creation, but comparison with two securely identified portraits by Henry Walton [1] is not conclusive.
NPG 116 appears to date from the later 1760s and the traditional attribution to Nathaniel Hone is probably correct; he had painted Lord Mountstuart, father of the first recorded owner. He has also been credited with a miniature once identified as the young Horace Walpole. [2]

1 In a letter of 24 November 1860 (NPG archive), Rutley described the portrait as ‘the property of Colonel Stuart. The Picture is from the collection of the late Lord James Stuart of Whitehall Place, in whose family it has been for many years’. Col. Stuart was living at 6 Whitehall Place in 1860.