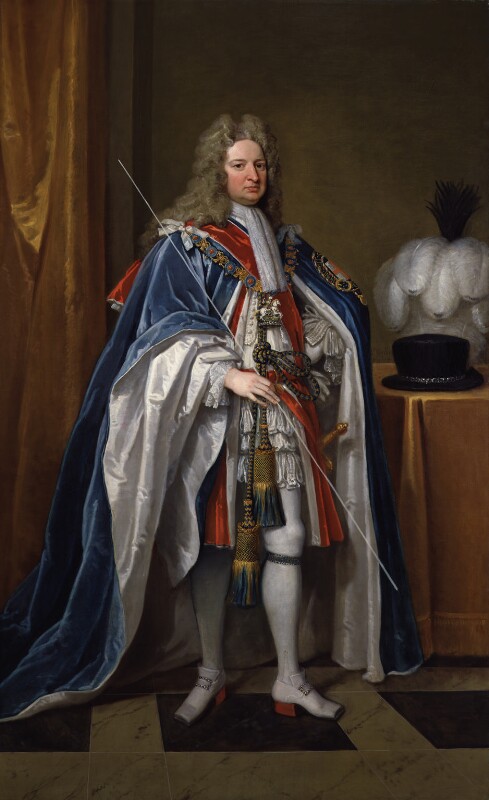 Signed on the right above table: G Kneller/fct 1714.

Wearing Garter robes and holding the lord treasurer’s wand. A fine version of a composition several times repeated in reduced format, see NPG 16. Oliver Millar observed that a signed three-quarter version at Brampton Bryan ‘should be the original’ [1] and the existence of a bust-length oval mezzotint dated 1713 [2] suggests that NPG 4011, dated 1714, may be a replica.