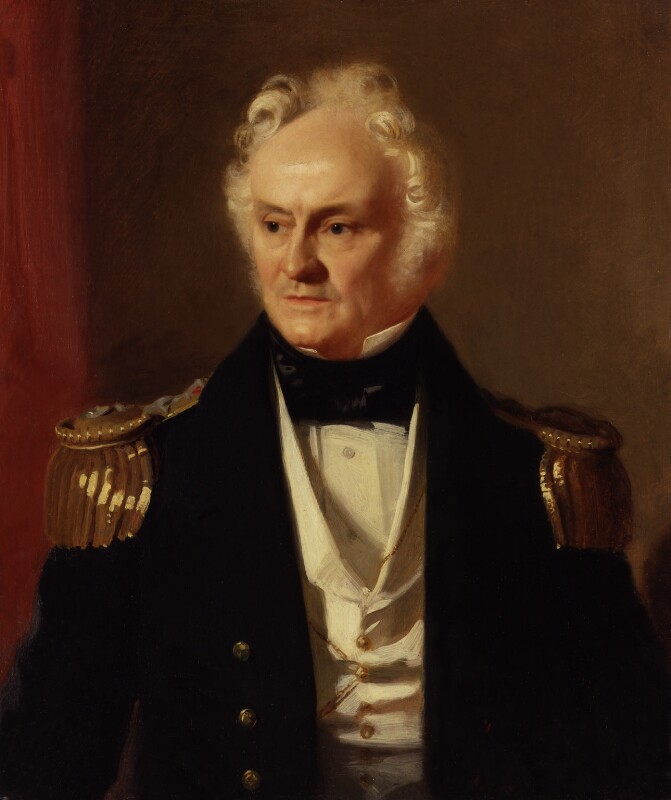 Inscribed in the artist's hand on a label on the back of the picture: Sir Wm. Edward Parry. Kt./L.L.D F.R.S.
L & E./The original Study painted for the/Historical Picture of the Arctic Council,/by Stephen Pearce./1851.

This is a study for Pearce's group, 'The Arctic Council' (NPG 1208), as well as an autonomous portrait in its own right. It was apparently once dated 1850 on the back, which is probably the date when Pearce began work on the group. In the group, Parry is shown three-quarter length pointing at a chart held by Sir George Back, but his costume, pose, and features are identical with this study. He is wearing the undress uniform either of a captain with over three years service or of a commodore (first or second class). The date, '1850', was also given by the artist in a memorandum of c.1899 (NPG archives); the date '1851' in the inscription presumably refers to the group.