1 of 3 portraits of Thomas Patch 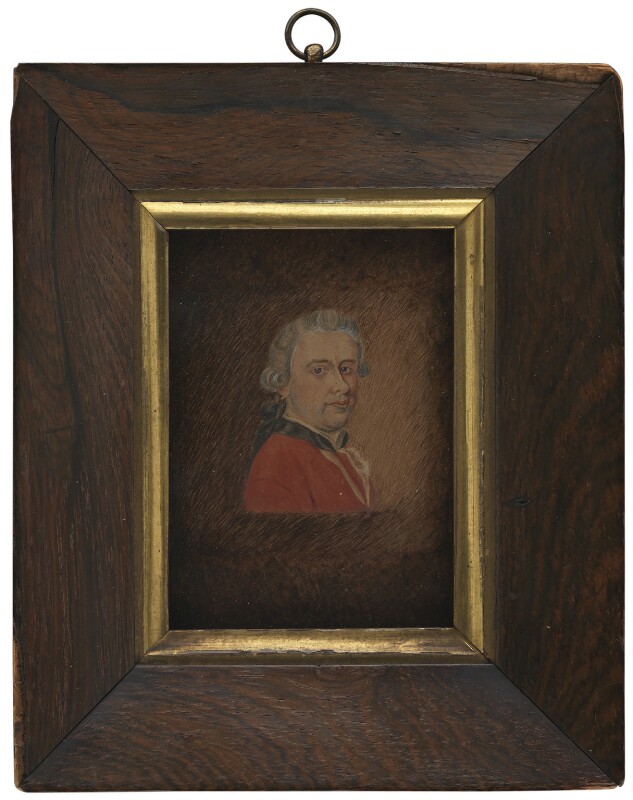 The identification was accepted by Watson. [1] Although previously listed as by an unknown artist, the pose suggests a self portrait (and the dense background cross-hatching recurs in other drawings by Patch), [2] while the sitter’s apparent age and the family provenance further suggest NPG 4081 was made in Exeter before Patch’s departure for Italy in 1747.

Blue eyes, powdered hair, wearing a red coat with a black collar; the figure is surrounded by a heavy brown hatching.

By family descent to Blanche Patch;1 H. O’Nians, from whom purchased 1958.