1 of 2 portraits by Henry Wallis 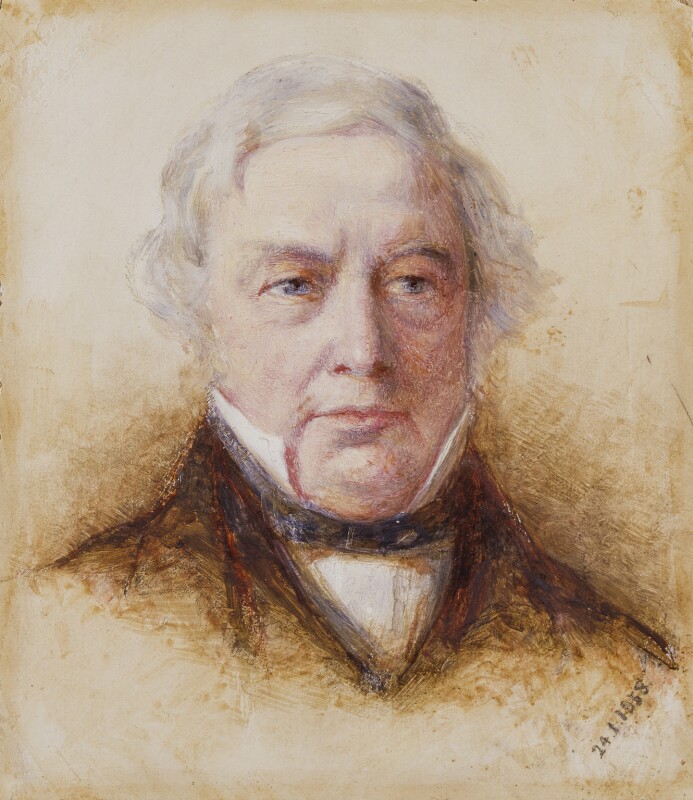 Dated (bottom right): 24.1.1858
Inscribed on the back of the original backboard: THOMAS LOVE PEACOCK/HENRY WALLIS/1858
Also on the back is the 1868 exhibition label.

The artist wrote about the portrait in two letters (17 March and 7 April 1906, NPG archives):

'The portrait was painted by me on the 24th of Jany: 1858, Mr Peacock being in his 73rd year. He told me that it was the first time he had sat for his portrait: he was never painted again ... I had hoped to have painted a picture of T. L. Peacock that wd have been more than a study, however the opportunity never occurred.'
The sitter's granddaughter, Edith Nicolls, did not like this portrait, claiming that it gave him a high colour, which he never possessed as an old man, and an expression which none of his friends would have recognized; she particularly requested that no reproduction of it should appear in the Halliford edition of his works. Her dislike of the portrait probably reflected her dislike of the artist, who had run off with Peacock's daughter, Mary, while she was still married to George Meredith.
A comparison between the portrait, and a photograph of it taken in 1868 (example in NPG), shows that Wallis made some subsequent alterations to the sketch; he also cut it down in size (it was originally oval), and replaced the first inscribed date with that now visible. Richard Garnett, one of the NPG trustees at the time, first suggested that Wallis should be approached to see if he would sell the portrait.