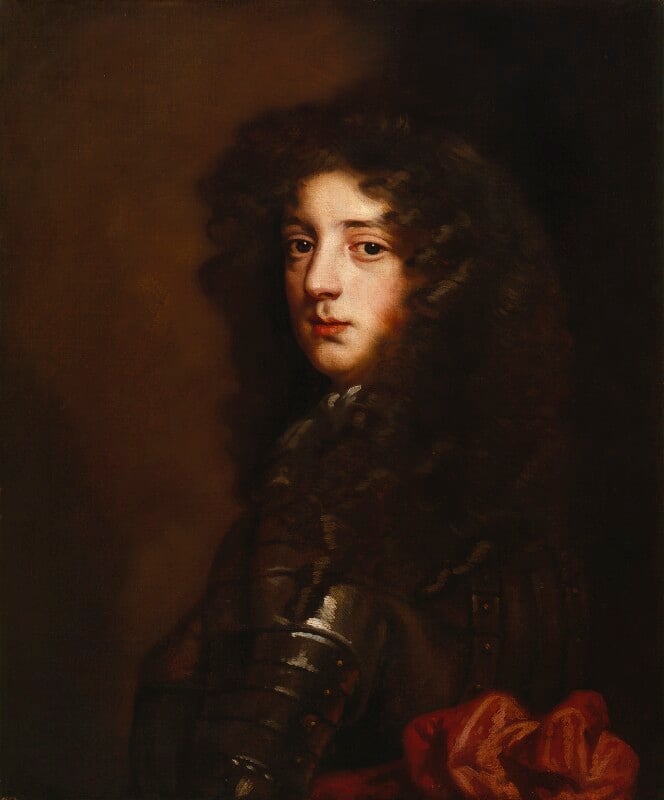 First identified in the Northwick sale by Oliver Millar, from the original at Wilton. [1] Dated 1676 by Richard Jeffree, [2] when Pembroke was barely twenty years old, agreeing well enough with his appearance here, while Greenhill aged twenty-seven was then in the last year of his life. Although probably a replica, NPG 5237 is of autograph quality. A portrait of Pembroke by Greenhill was listed at Hinton St George in 1742. [3]