2 of 20 portraits of Spencer Perceval 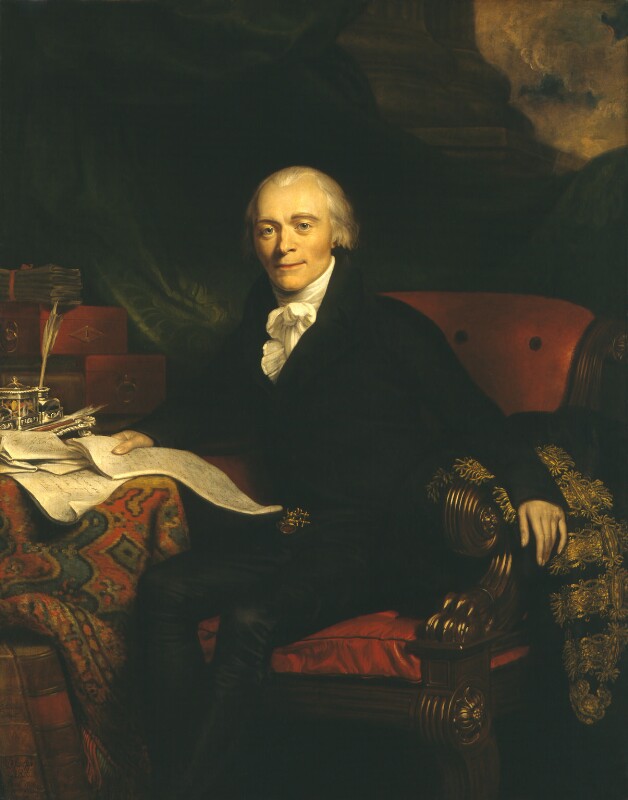 Spencer Perceval's features are almost entirely known now from a number of posthumous portraits all based on the death-mask taken by Nollekens and worked into the marble busts (see NPG 1657). J. T. Smith in Nollekens and his Times, 1920 edn., I, p 276) mentions Joseph painting the portrait 'from Mr Nollekens's mask taken after death'.
Joseph painted two types, both exhibited RA 1813 as 'posthumous portraits': (1) NPG 4 showing the Prime Minister holding a paper which in another copy (in the House of Commons) is lettered 'Regency Bill', referring to Act 51. Geo III. cap I passed in February 1811; another copy in the Royal Collection is similarly inscribed but not dated (Sir Oliver Millar, The Later Georgian Pictures in the Collection of Her Majesty The Queen, 1969, 868); another, painted for Lord Sidmouth and inscribed: G F Joseph ARA pinxit 1812 a posthumous portrait was lent by H. Spencer Walpole to Exhibition of the Royal House of Guelph, New Gallery, 1891 (184) (Perceval's 4th daughter Isabella married the Rt Hon Spencer Horatio Walpole); another at Trinity College, Cambridge, was given by Lord Arden, Perceval's brother; another is at Apsley House, bought by Wellington in 1852. A variant wearing robes and holding the paper to his breast, clumsily inscribed: Rt Hon Spencer Percival [sic] painted by Sir Wm Beechey 1813, was in the Earl of Egmont sale Christie's 12 December 1930 (74) and in a private collection USA in 1963, reproduced Denis Gray, Spencer Perceval: the Evangelical Prime Minister, 1963 frontispiece. (2) NPG 1031, three-quarter-length in Regency chair; a half-length variant in Ten Downing Street shows him wearing the Chancellor's robe and holding a paper marked 'A Bill for …'. A three-quarter-length variant at Harewood draws on both types, perhaps nearer (1).