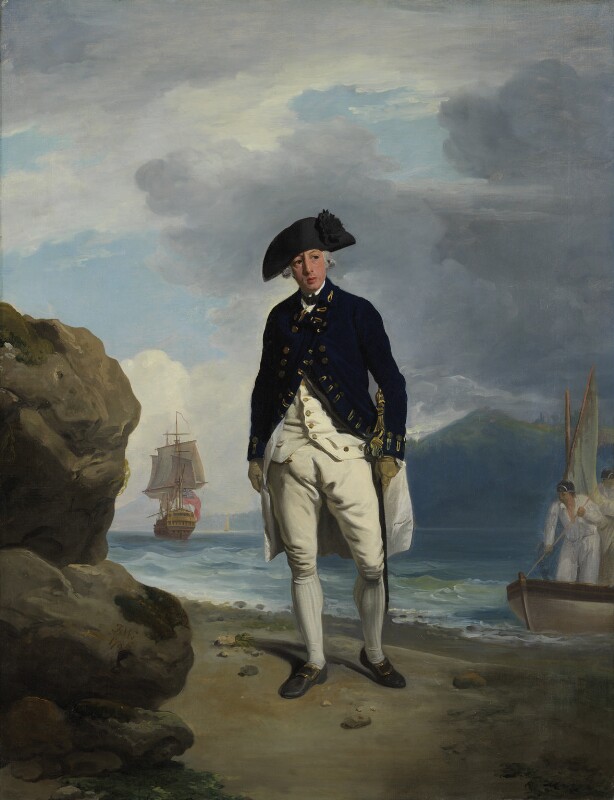 NPG 1462 was presumably painted following Phillip’s appointment in August 1786 as governor of New South Wales and before he sailed for Botany Bay on 13 May 1787. The setting is non-descript (the boat cannot be identified), but Phillip’s stepping ashore is wholly appropriate. A second portrait of Phillip by Wheatley, a well-characterised head, is also dated 1786.

1 Of Queens Road, Peckham; the picture had been in her house since 1860 when Harriet Lane died there ‘and is believed to have been in her [Lane’s] possession many years’ (letter from Messrs Freshfields, Mrs Gayton’s solicitors, 18 May 1907; NPG archive). Colin Dean (letter of 16 October 1989; NPG archive) said ‘there appears to have been’ an Ellen Gay[i]ton, a contemporary, who was related to Phillip.